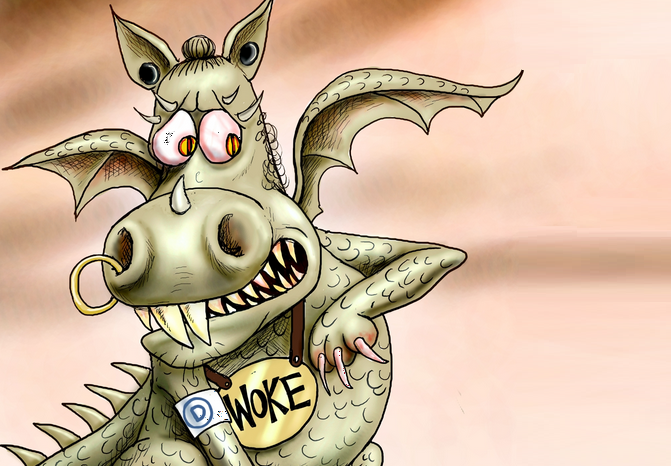 U.S. Rep. Chip Roy (R-Texas) has introduced legislation, the “No ESG at TSP Act” that would block the $762 billion federal employee retirement plan from making any investments in funds that utilize Environmental, Social and Governance (ESG) factors to restrict capital flows to oil and gas development in the U.S., institute racial and gender hiring quotas in violation of federal civil rights law and overall have shifted the U.S. economy to a so-called “stakeholder capitalism” model whereby profits take a backseat to saving the world.

ESG investing has risen to dramatic heights via private retirement funds regulated under the Employment Retirement Income Security Act (ERISA) thanks to a regulation by the Obama Labor Department in 2015 allowing ESG investments into tax-exempt retirement savings accounts. A 2020 regulation by the Trump administration to water that down was promptly overturned by the Biden Administration.

U.S. Rep. Roy blasted the inclusion of ESG in the TSP funds, declaring on May 27, “ESG investing is a woke scam. It restricts the free flow of capital, undermines U.S. energy freedom to the benefit of our enemies, and advances woke racial and gender ideologies intent on dividing the republic. The upcoming changes to TSP would allow billions of taxpayer dollars to serve these ends. The federal government shouldn’t have any part in this radical nonsense, and especially shouldn’t be using your money to do it.”

That is where the real battle over ESG will be decided, one way or another, by Congress. For their part, U.S. corporations have already made up their mind, with a recent KPMG survey finding 82 percent of U.S. corporations are touting ESG sustainability goals in their corporate filings.

That even includes corporations like Fox Corporation, which owns Fox News, and NewsCorp, which owns the Wall Street Journal, all touting ESG goals in their corporate filings in order to attract woke investment dollars.

It gets worse, as the biggest oil companies in America similarly tout ESG goals and plan to be net zero by 2050, and in the meantime appear to be dutifully sitting on energy production, as if there were no shortages or inflation today at all. Why aren’t they drilling more?

It is all easily explained, of course. BlackRock placed green activists onto the board of Exxon in 2021 to make it a “not-oil” company, thanks to ESG. They don’t want to drill more. Blackrock and Vanguard get to vote pensioners’ shares when the annual meetings occur and so they wield vast influence on decisions like pursuing federal leases, or just squatting on them.

It is a simple matter of if you want more of something, subsidize it. Well, thanks the 2015 Obama Labor regulation that allowed for the tax-exempt retirement investments, and the new investments from the Thrift Savings Plan, Bloomberg estimates that ESG investing will total $53 trillion globally by 2025.

It’s a leviathan. Of course, the danger is that in 2022, Republicans will win the election and mistakenly believe that means they have won back the culture merely by popular acclaim. But if all of the above remains true, that false comfort will become a noose by which the American dream is hung.

Unfortunately, the 2020 Labor Department regulation that addressed this still allowed for ESG investment into tax-free retirement accounts, and in any event, however effective that approach might have been, was promptly overturned by Biden after the election. If this problem is left up to bureaucrats, even in a Republican administration, they might fail.

Only Congress can fix this, and that is why U.S. Rep. Roy’s leadership on this issue is so critical. But there is not much time to act. It could be now or never, wherein the GOP might not get a better shot than 2023 should they reclaim both the House and the Senate, or in the unlikely event Democrats lose in 2024, then again in 2025. However, considering the massive projected growth of ESG, waiting until 2025 or 2029 to anything on the federal level could mean Republicans already lost the war.

Especially since the U.S. may be about to be hit with another recession, woke hedge funds that are dependent on ESG could be very vulnerable, providing Republicans with a limited opportunity to act. A thousand knives should be stuck in the ESG leviathan before it gets back on its feet to finish what it started.