If Biden declares a national climate emergency, it might take another president to rescind it 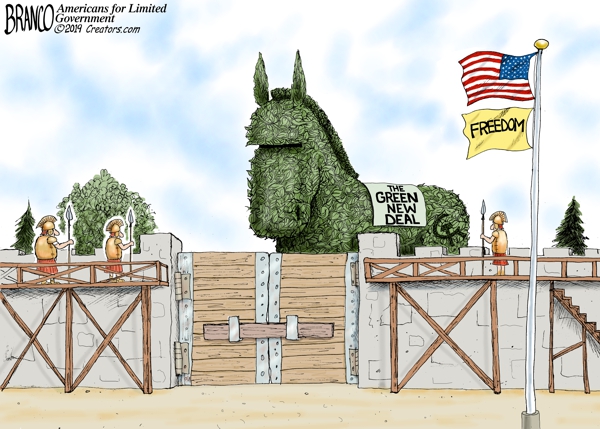 “The President made clear that if the Senate doesn’t act to tackle the climate crisis and strengthen our domestic clean energy industry, he will. We are considering all options and no decision has been made.”

That was an email by a White House official confirming that President Joe Biden is considering declaring a national emergency for climate change utilizing the National Emergencies Act, which among other things, would allow the President to repurpose limited parts of federal funding to address the emergency or halt off-shore oil drilling and U.S. exports of crude oil.

The push for Biden to take executive action on Democrats’ climate agenda comes as the President lacks in the votes in the Senate for a $300 billion of additional spending for wind, solar and other green energy incentives, subsidies and infrastructure and in the aftermath of the Supreme Court’s decision in West Virginia v. EPA liberated states to have more robust electricity grids with coal if that’s what they really want.

An alternative might be to defund certain executive actions that Biden might take during a climate emergency by inserting the prohibitions into an omnibus spending bill, but then the President could still veto the legislation with the same outcome.

Such a strategy might depend on holding the House and Senate to be sustained, since it could result in a temporary government shutdown. In the past Republicans have shown they will fight to get defunds into law with majorities in both chambers.

If Republicans do not gain legislative supermajorities of two-thirds or greater in the November Congressional midterms, then Biden’s climate emergency would likely persist through his tenure in office.

And that could be for quite a while. As old as Biden is and as unpopular as he currently is, Democratic presidents in recent history have a knack of bouncing back after rocky midterms. Bill Clinton lost control of the House and Senate in 1994 and Barack Obama lost the House in 2010, but both went on to win reelection easily in 1996 and 2012, respectively.

If Biden or his Democratic Party successor were to win 2024, then, a climate emergency might persist all the way until 2028 or longer, depending on how the nation’s internal politics develop. It might take another president to rescind it ultimately.

Don’t like it? Elections matter. Who you vote for president really matters.

In November, elections will matter, too. Congress has always retained the ability to repeal the National Emergencies Act but has never done so, and presidents of both parties have used the law to get parts of their agendas through that might not have been able to pass Congress.

Of course, there are legal limits to what the President can actually accomplish even with an emergency declaration, and would have to undoubtedly defend those actions from challenges in federal court. No guarantees every action would be upheld, and so there is an Article III check on the power, as well.

Therefore, the contours of what the climate emergency entails is even more important than legal or constitutional questions over the President’s powers to declare such an emergency, although with this Supreme Court — which just overturned EPA extralegal action to regulate carbon emissions because Congress never authorized it — it should be said there’s likely never been a better opportunity to challenge the constitutionality of the law.

Of course, there is no question Congress authorized the President to declare such emergencies. Since 1976, there have been 60 national emergencies declared, more than 30 of which are still in effect.

Biden’s ultimate consideration, however, may be on a political timeline, as the White House continues to attempt to negotiate with Sen. Joe Manchin (D-W.Va.) on climate legislation. So far, Manchin has wanted nothing to do with that.

But perhaps Biden will keep trying until he no longer has Congressional majorities, and if his party loses the midterms, that’s when he’ll start declaring emergencies. We’ll find out soon enough. Stay tuned.

The post If Biden declares a national climate emergency, it might take another president to rescind it   appeared first on Daily Torch.

This post, If Biden declares a national climate emergency, it might take another president to rescind it  , was originally published on The Daily Torch and is republished here with permission. Please support their efforts.