If he transforms Twitter, Musk will be demonized as severely as Trump. He should do it anyways. 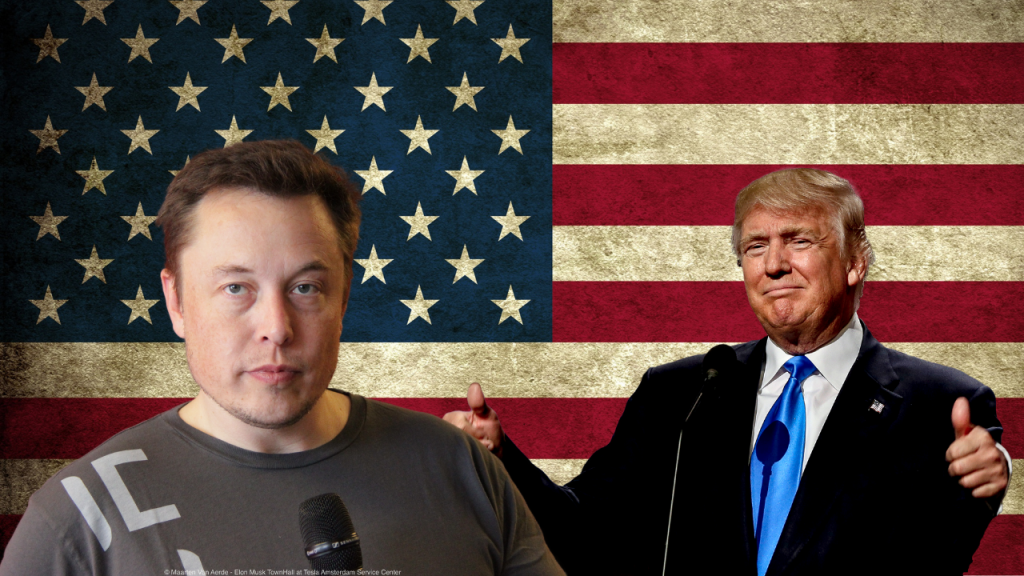 The Left loves free speech, but only if their speech is freer than that of people outside of their tribe. As big tech’s social media platforms have saturated American culture over the past 10-15 years, Silicon Valley technocrats have gained a previously unimaginable power- the ability to direct, accelerate, or even halt discussion of significant topics within the public discourse. Which topics get manipulated is determined by the utility- or liability- of the information presented in those topics. Never in human history have the thoughts of so many been guided by the wishes of so few.

The censorship of “other” (individuals and groups with thoughts that diverge from the Left) was subtle at first. It was a small, restrictive policy change here, or a seemingly insignificant update to the terms of service there, every several months or a year. It had to happen slowly at first. Facebook, Twitter, and YouTube did not want to risk scaring away their userbase before the social media addiction took hold. The psychological grip of social media is so potent, and so well documented, that one of the founding Facebook executive will not allow his children to use the platform.

The significance of the addictive nature of social media is that it made most of country- even the modernized world- habitual users. Habitual use by the masses is how big tech social media platforms have become the de facto town square of the 21st century. This online cultural shift of the 2010s is the prequel to how free speech is monopolized and titrated by the Left today in 2022. Silicon Valley companies have Americans so hooked to their platforms that individuals can be censored and still seek to remain active. The alternative would be getting shut off from the world.

Leftist tech overlords will fight tooth and nail to retain their God-like powers to control human thought and cultural narratives. The Left wants their version of free speech to be standardized, or no one’s at all.

The Left’s hunger for thought control is precisely why they have hated President Donald Trump for the past six years and why Elon Musk is their new mortal enemy. Trump refuses to bow the knee to the woke mob and Washington swamp creatures. Musk explicitly rejects the idea that any group should have greater access to free speech than another. Given this, the corporate media and big tech are and have been operating from a kill-or-be-killed perspective. While Trump had the power of the government and still has tremendous public influence, Musk has so much wealth that he could personally buy out Twitter, figuratively burn the company to the ground, and rebuild it as he pleases.

Pay close attention during the coming days and weeks. The attempted character assassination of Elon Musk may appear novel and distinct from that of Trump, but they have the same root. Eliminate the existential threat to Leftist groupthink dominance. While it’s true that character assassination is a longstanding practice in American politics, never have there been so many organizations, media outlets, and vast amounts of money aligned against one individual such as Trump, and now to a lesser extent, Musk. The Leftist character assassination tactics are arguably more vitriolic since Trump’s election than they have ever been at any other time in modern American electoral politics.

“One powerful technique for maligning the character of political figures centers on deployment of Nazi imagery” according to the Journal of Applied Social Theory. The purpose of such insane rhetoric is to cast an individual as irredeemable and deplorable. Trump has been called Hitler numerous times. Nine of those occurrences are mentioned here. The accuser in each of those nine instances was hysterical and likely only cared how well their virtue signaling was perceived by their leftist peers. The Left, being the ones who alerted the public of the previously unknown Nazi, then paints themselves as the virtuous protagonists who are saving Democracy and society. This emotionally charged rhetoric is very effective at manufacturing hate when citizens fail to examine the facts behind the rhetoric. Since the Nazi accusations are not back by logical truth, the character assassination is design to encourage listeners to feel their way to truth. New York Times conservative columnist David Brooks said the following about the anti-Trump echo chamber. “By being so overwrought and exaggerated, the echo chamber drowned out any practical conversation about how to stabilize the Middle East so we could have another righteous chorus of ‘Donald Trump is a monster!’” The consequence of such dangerous rhetoric is that individuals begin to justify violence in the name of defeating evil and see themselves as normal and virtuous despite acting upon propaganda that fails to satisfy rational examination. More than one celebrity joked about committing violence against Trump. The emotion-based character assassination attempts, and threats of violence did not stop with the corporate media and cultural influencers such as Hollywood elites.

Trump was also subjected to a perpetual state of government-sponsored character assassination attempts. He is the only U.S. President to be impeached twice. He, his family members, senior aides, were subject to many lawsuits and even criminal investigations. Many of which were undue. The January 6th Committee continues to act outside of its intended purpose and is putting the Department of Justice in the tight spot of deciding whether to continue to defend “senior administration officials’ testimonial immunity in the face of congressional subpoenas” or to pursue criminal referrals on more of Trump’s senior aides. The message is clear. Don’t be an individual who assists Trump challenge the status quo and the political establishment. Otherwise, we will come for you. This same political establishment is heavily influenced by the Left.

Elon Musk doesn’t suffer from nearly as many character assassination attempts as Trump and associates, as of yet, but the Left appears to be steadily ramping up their corporate media character assassination attempts. The intensity is like the smears against Trump before he was elected. He was still disliked by many, but not yet deified as the universal symbol of hate by the Left. Type “Elon Musk” into Google and you’ll still see trending stories about his latest action/innovation, but sometimes (depending on news cycle) you’ll also see headlines designed to subtly seed doubt in the reader’s mind about Musk’s competence and decency. Tech Crunch recently published an article asserting that Elon Musk’s social media ambitions shouldn’t be taken seriously because “his track record isn’t great”. Not a character assassination, but in a Washington Post op-ed, former Reddit CEO Ellen Pao argued that “We need regulation of social media platforms to prevent rich people from controlling our channels of communication”. Ironically, Pao was contributing to a publication that is owned by one very wealthy Jeff Bezos but does not seem to bother her since the publication falls within ownership of her Leftist tribe. Vox argues that Musk is selfish and does not really care about free speech since he already has access to unlimited media himself, but they fail to account for the roughly 1.4 million who answered no to Musk’s poll asking Do you believe Twitter rigorously adheres to this principle? The liberal View dedicated an entire segment to criticize Tesla vehicles, which in itself is fair, but the timing was intentional and the episode aired shortly after Musk going public about acquiring Twitter stock. Host Whoopi Goldberg brought up the acquisition saying “You, Elon, have bought a piece of Twitter, well, I’m tweeting you from here. Take some of your money, please, and create some roadside assistance thing that doesn’t require me to look for a signal, because if there isn’t one, you’re really screwed.”

These character attacks are minor compared to what Trump experienced. Musk has yet to cross the Rubicon and buy most of the Twitter. If he does, he will paint a red target on his back and fully enrage the Left.

Revolver News journalist Darren Beattie joined Tucker Carlson Tonight and urged Musk to be prepared for what he’s considering.  “He’s stepping into the warzone in a way he might not even be able to imagine at this point. As you point out, the entire regime depends on holding a total monopoly over what Elon rightly calls the global public square. Anyone who threatens that steps into territory that is not a normal financial realm. Twitter is not a normal company. The question of who controls Twitter is far more consequential than say who controls Home Depot, even though Home Depot is vastly larger as a company. So Elon needs to be prepared for what’s coming. It will be one of the few things that is not fake and not performative. It would amount to effectively a declaration of war on our corrupt and illegitimate regime. Winning the political battle in the West is just as relevant to the future of human civilization than even space travel”.

Twitter staff were reportedly “super stressed” that the Musk’s appointment to the board fell through as they were uncertain if Musk was a friend or foe. Forbes goes as far as asserting that Musk is poised for a hostile takeover against Twitter. If this happens, it will pry the speech monopoly from the Left and be a huge step towards restoring the west, but it may cost Musk everything. The establishment Left, corporate media, and other big tech platforms would go into overdrive to destroy Musk to preserve their power. He’s probably thought it all through. To which I say, do it Musk. Show the technocratic authoritarians and the leftist establishment that they are not omnipotent and that free speech and thought belong to every human.

The post If he transforms Twitter, Musk will be demonized as severely as Trump. He should do it anyways. appeared first on Daily Torch.

This post, If he transforms Twitter, Musk will be demonized as severely as Trump. He should do it anyways., was originally published on The Daily Torch and is republished here with permission. Please support their efforts.