Joe Biden is at 29% approval rating, before we are officially in a recession 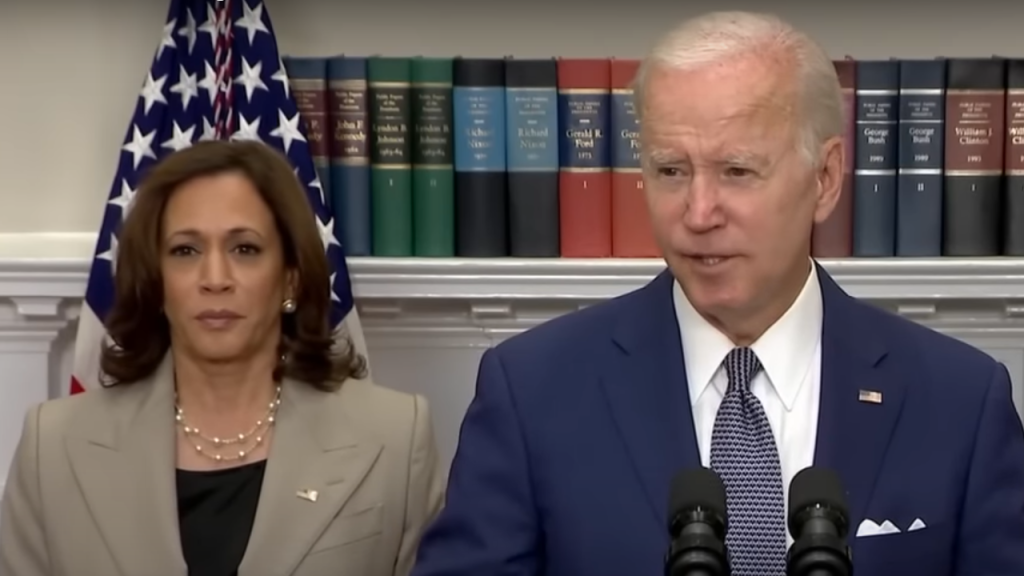 The Civiqs poll daily tracking service has President Joe Biden’s overall approval rating at 29 percent of registered voters.  In contrast, 58 percent disapprove of how he is handling his job.

Joe Biden has done the seeming impossible, he has twice as many people believing that he stinks at his job than that he is good at it.

With the us against them mentality reining supreme in America, Biden would almost have to be trying to make people mad at you to have that few Americans think you are doing a good job.  But this just proves that Joe Biden is keeping one of his promises – he is uniting America – around the idea that he is a terrible president.

It has gotten so bad that even the New York Times is noticing that Joe is slowing down just a wee bit and has written that some Democrats are wondering if he is up to the job.

Perhaps the permission that establishment media dependent voters are now receiving to disapprove of Joe accounts for part of his collapse, but it is likely simpler than that.

Rather than calming things down after President Trump’s hard push back against the left’s war on energy, blue-collar jobs, China and cultural norms, along with the COVID fatigue that caused Americans to give 2020 a zero out of five star rating, Biden’s team has frenetically sought to fundamentally transform America.

At a time when Americans wanted to catch their collective breaths, Joe Biden, who campaigned as a safe, known politician, has governed as a one administration wrecking crew.

Joe has brought us dramatically higher gasoline prices, much higher grocery costs, astronomically higher used car prices and he thinks it is Vladimir Putin’s fault.  All Americans know is that every time they go to the grocery store serves as an anti-Biden ad.

Our nation’s southern border is a sieve with historic numbers of illegals crossing the border and our Border Patrol and ICE officers are hogtied by Biden open border policies.

Meanwhile on the culture front, parents were shocked to learn that their school boards viewed them as terrorist threats due to concerns about critical race theory-based curricula, gender focused teaching that shames students who think biological parts matter in sexual identification, and shockingly explicit sex education targeting innocent primary grade students.  The permission slip that parents give to public schools to teach their children has been abused, and Joe Biden’s administration prompted the National School Board Association to send a letter putting parents who complained under investigation.

Speaking of permission slips, the Biden administration spent more than a year demonizing anyone questioning the safety of the vaccine and/or trying to provide treatments to those afflicted with the COVID virus. Today, two and a half years since the s has hit our shores, someone who tests positive for COVID has few treatment options and are largely at the mercy of the disease.

Crime is up.  Homicides are skyrocketing. Prosecutors in many of our largest cities and counties refuse to prosecute property crimes and 30,000 more people died last year of drug overdoses than had in the previous year.  Those who burn down city blocks are not pursued, while we’ve spent a year and a half focused on and prosecuting the January 6th Capitol break-in, with most cases being disposed of after months and months of no bail allowed incarceration with “parading” charges.

No kidding the country is ill at ease.  The President can barely mumble out a sentence, seems incoherent much of the time and can’t be trusted by his own staff to say what they approve.

And this is before our country has even formally entered into a recession.  Friday’s jobs numbers showed that those who wanted a job could get one, even if inflation is eroding paychecks faster than pay raises can take hold.  However, initial unemployment claims have risen significantly and steadily since April and it is somewhat likely that the July 7 Labor Department claims report signals the beginning of the end of the job growth economy.

There is no hiding that Joe Biden is in deep political trouble.

Only 55 percent of Biden’s most dependable supporters, blacks, think he’s doing a good job. He is substantially upside down with Hispanics, whites and other races.

Young people pan him overwhelmingly with 60 percent saying he is doing a bad job and only 20 percent giving him the thumbs up.  Interestingly, his approval actually increases the older the person gets peaking at 38 percent for people 65 and older.

Joe Biden is in deep, deep political trouble. This is not a good thing as our nation faces many foreign and domestic challenges. Unfortunately, Biden’s troubles are largely of his own making.  He is a President who inherited the goose that lays golden eggs and cooked and ate it.  Now he finds himself wondering where the golden eggs went.

The post Joe Biden is at 29% approval rating, before we are officially in a recession appeared first on Daily Torch.

This post, Joe Biden is at 29% approval rating, before we are officially in a recession, was originally published on The Daily Torch and is republished here with permission. Please support their efforts.