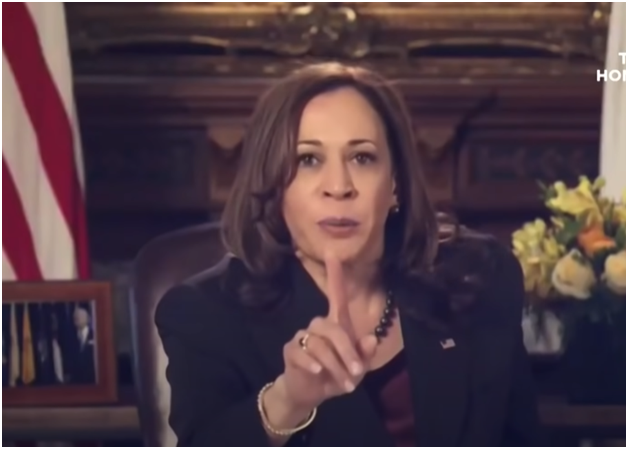 This outburst puts Harris’ political inaptitude on display, but it also highlights something of greater significance.  Pathological, illiberal ideas and policies from the left will eventually fall if exposed to reasoning and logic.Biden brought in Harris as a diversity hire, and the equity crowd cheered. Biden himself was touted as the Trumpism vaccine who would make the country a better place to live, work, and raise a family.Both have shownthemselves to be complete failures in the eyes of the American public and the buyer’s remorse is obvious. In a recent survey,only 43% of US adults had a favorable view of Biden and just 38% percent had afavorable view of Harris (YouGov). Thislack of favorability isn’t due to a plethora of racist bigots taking the YouGov survey. No, it’s because the authoritarian ideas and policies of the Biden administrationare atrocious and the media is having a hard time hiding that fact.

Classic liberalism has mostly been exiled from the Democrat party in the past two decades. What remains is 10s of millions- if not 100s of millions- of people infected with “idea pathogens” that are illiberal and contradictory to a free society. Idea pathogens is a term coined by Lebanese-CanadianProfessor Gad Saad in his book The Parasitic Mind: How Infectious Ideas are Killing Common Sense.

Two dominant pathogens on the left are the prioritization of minimizing hurt feelings over truth and the glorification of victimhood and oppression. These idea pathogens are often manifested in post-modernism, radical feminism (not to be confused with 1st and 2nd wave feminism), cultural relativism, identity politics and transgender activism.According to tenants of these ideologies, you are either a noble victim or a disgusting bigot. Pick a side. You will be defaulted into the category of a disgusting bigot if you do not have your victim passport andvictimhood elevator pitch ready at a moment’s notice.

The realitythat the left refuses to accept is that hurt feelings are a biproduct of truth. Truth cannot exist without the potential to hurt feelings. Every day, we are confronted with truths that are unfortunate. We age, our vehicles break down, people die, we lose meaningful relationships. Feelings will be hurt and that’s normal. No, not everyone will agree that polyamory, obesity, and socialistic idealsare virtues that make a person brave and stunning. The ability of Americans to dissent from such beliefs(and all beliefs) is even more important than triggeringhalf of the country’s feelings. Nevertheless, the left has succeeded in creating safe spaces where group think dominates and any speech that evokes negative emotions is eradicated. Infecting free citizens with the “feelings over truth” pathogen is the art of ruin in a free society.

The “glorification of victimhood” pathogen has had a significant effect on America. Be prepared to be met with resentment and outrage if you don’t worship the victim of the week. Skeptical of a justice system that now allows criminals to roam free? Bothered by biological males raping girls in girl’s restrooms? Don’t want teachers pushingracist dogma in schools?  “Check yourself, bigot! The perpetrators in those scenarios are the actual victims. We must worship them and be sure to honor their feelings”. That’s the pathological response when reasoning is absent. The love of victimhood has also led to a lot of hiringbased on group status rather than merit. This has immeasurably affected economic output and degraded our military with incompetent people who check certain boxes.

The left has been very effective at spreading their idea pathogens because they control so much of the information flow, institutions, and media. They have confused the difference between thinking and feeling in millions of Americans.That monopolistic control must be disrupted to save America from destruction and authoritarianism.

Freedom of speech, the scientific method, intellectual diversity, and a meritocratic ethos rooted in individual dignity, rather than adherence to ideology of diversity, inclusion, and equity (DIE), are non-negotiable elements of a truly enlightened society. A fair society ensures that its members have equality of opportunities and not equality of outcomes as mandated by DIE edicts (SAAD, The Parasitic Mind).

Freedom and truth are fighting a losing battle within the current social structures. It’s too late to change them because their owners have idea pathogens. Rather than attempting to defeat pathological ideas in the illiberal arenas where they exist, we should opt-out and build our own arenas.

All freedom-loving Americans must ban together to create novel, parallel social and cultural structures to push the leftist idea pathogens into exile.These idea pathogens will become less relevant if we create school choice, a free internet, functional social media that valuesintellectual diversity, and new media to replace the monotone, brain-washinglegacy media. Then, not only will Biden and Kamala’s authoritarian policies fail, but all major policies that seek to destroy the freedom of the Republic. This is entirely feasible, but will require a tremendous amount of time, talent, and treasure. One question remains. Will pro-freedom Americans get involved and build these parallel structures, or will they grow accustomed to less freedom and remain on the sidelines?

This post, Kamala’s Meltdown Highlights Leftist Pathology, was originally published on The Daily Torch and is republished here with permission. Please support their efforts. 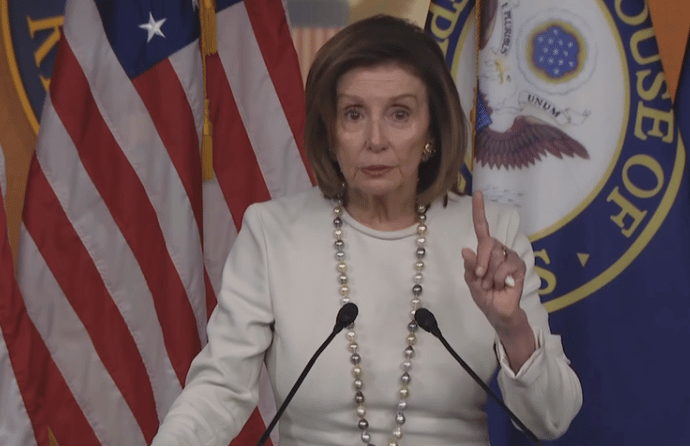