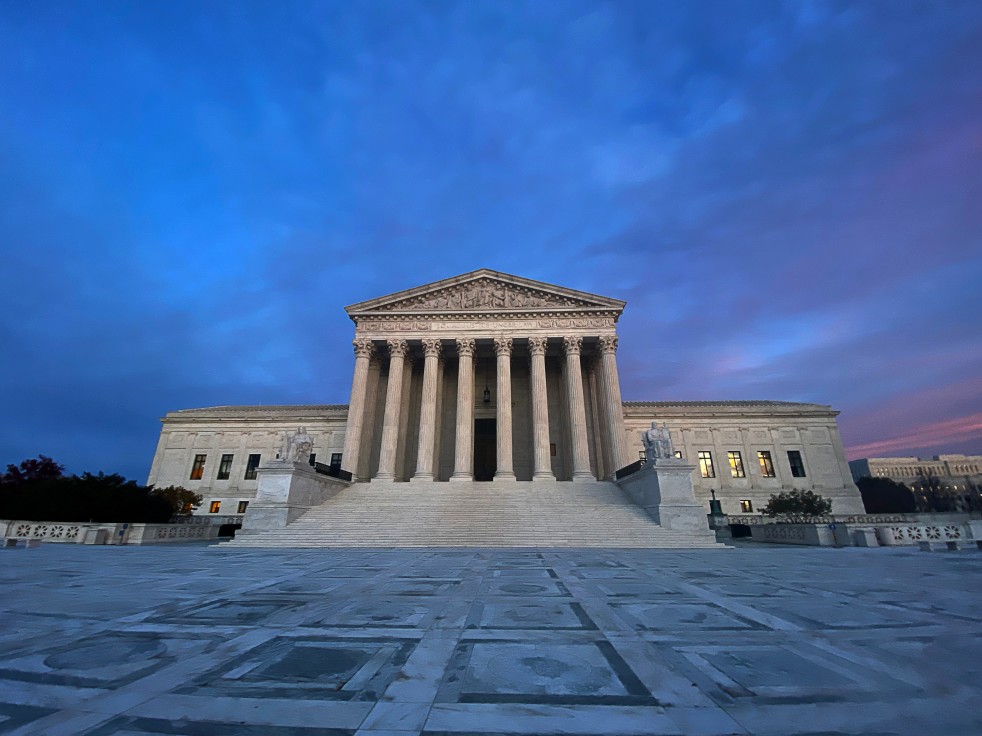 Senate Minority Leader Mitch McConnell signaled a new harder line on the confirmation of President Biden’s nominee for the Supreme Court, Judge Ketanji Brown-Jackson today as he openly criticized her for failing to be transparent in her answers.

McConnell sharply criticized Jackson for “refusing to shut the door on court packing” as both Justice Stephen Breyer who she would replace, and former Justice Ruth Bader Ginsburg had done.

The Republican Leader cited as evidence Jackson’s coy response to the idea of court packing before the Senate Judiciary Committee when she said, “I would be thrilled to be one of however many Congress thought appropriate to put on the court.”

For those unfamiliar with the concept of court packing, it is a process where a partisan majority in Congress and the President arbitrarily change the number of members of the Supreme Court by adding or subtracting members to bring it into philosophical alignment with their political position.

While the Supreme Court consists of eight Justices and one Chief Justice, the Constitution itself does not provide a number for how many members the Court shall have.  At the Court’s inception in 1789, that number was set at six by Congress, went down to five for a little more than a year in 1800, before being restored to six.  Subsequently, prior to 1869, the number Justices changed multiple times between six and ten until the current number of nine was set and has stood for the past 152 years.

But in 1937, President Franklin D. Roosevelt became frustrated that the Court was not bending to his political will as they found some of his New Deal legislation unconstitutional.  As a result, FDR proposed a court packing plan that the Democrat majority in the Senate considered and overwhelmingly defeated by a 70 against, 20 for margin. (Note: The US only had 48 states at the time of this vote as Hawaii and Alaska had not yet been added as states.)

Judge Ketanji Brown-Jackson’s inability to declare a position on this issue that impacts the fundamental independence of the federal judiciary from political manipulation is particularly shocking as this issue has been a hot button one since Joe Biden was elected president with a very narrow majority in the House and an even partisan split in the Senate.

What’s more Justice Ginsburg’s 2019 opposition and warning that, “if anything would make the Court appear to be partisan…” appears to be lost on Judge Jackson.

This open willingness of the Biden nominee to countenance the idea that the make-up of the Supreme Court should be altered to meet whatever the political whims of the day demonstrates that she is more interested in politically driven legal outcomes rather than constitutionally driven ones.

This window into her mind on this one issue, provides enough reason for the Senate to reject her nomination. Every jurist has their own philosophical underpinnings, but it should be presumed that they would make an honest effort to put those aside when deciding cases in the highest Court.  Brown-Jackson fails this basic test simply by her clear signaling that she would welcome reinforcements from the far left due to the addition or subtraction of the number of Justices on the Court she seeks to sit upon.

Leader McConnell is right to decry Judge Ketanji Brown-Jackson’s cozying up to the politicization of the Supreme Court. It demonstrates a willingness on her part to sacrifice the Court’s integrity on the altar of brazen politics making her unsuitable to be confirmed. Either because she is unserious in her thinking about the independence of the Judiciary or because she supports its overt politicization.  Neither is acceptable for a Supreme Court Justice and the Senate should reject her nomination.

For those interested in learning more about efforts to amend the Constitution to set the number of Justices on the Supreme Court at nine, please go to www.KeepNine.org.

This post, Ketanji Brown-Jackson’s court packing stand disqualifies her from Supreme Court, was originally published on The Daily Torch and is republished here with permission. Please support their efforts.