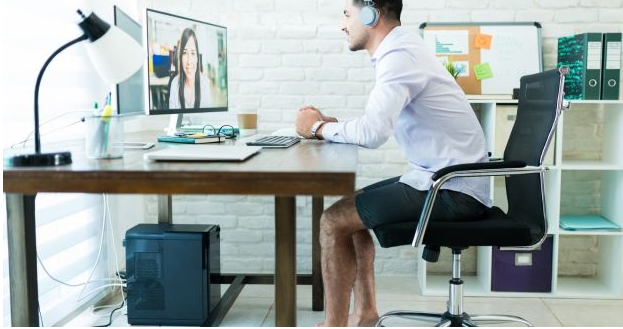 The Covid Pandemic has  transformed the way we work every bit as  much as it has transformed everything else.

The American workforce has undergone a major transformation over the past two years that promises to change the way America earns money and works for the next generation.

In some ways the change is great news and in other ways it does not bode well, but Labor Day provides the opportunity to examine both obvious and not so obvious changes and try to tease out what they mean.

Some of these changes can be learned through looking at a comparison of the Bureau of Labor Statistics August 2019 household employment data to the just released August 2021 survey results. We are now sixteen months past the lowest point in the pandemic, with enough time to get some perspective.

Today there are 2.33 million fewer people in the labor force than in 2019 and this drop is even more precipitous when the fact that there are 2.2 million more people in the non-institutionalized civilian population today than in August 2019.Significantly, the labor participation rate, which measures the percentage of the population above the age of 18 in the workforce, has plateaued at 61.7 percent over the past year. That is down from a pre-pandemic high of 63.3 percent just a month before the crash.

What this means is that millions of people who were in the workforce in the past two years are now out of it.  And solving the mystery of who these people are and whether they will return to the labor market in the near future is one of the major tasks for those who try to project macro-economic activity in the United States.

The drop in number of people in the workforce for men and women was nearly identical with 1.1 million fewer men and 1.2 million less women.  When one realizes that there are about ten million more men in the workforce than women, it is clear that more women have gone to the sidelines than men on a percentage basis.

One possible reason for gap between the number of people in the workforce is the rapid rise of homeschooling which skyrocketed to 4.5 to 5 million children according to the National Home Education Research Institute. It is reasonable to assume that a large percentage of parents who were formerly in the workforce have chosen to put their careers on hold in order to teach their children. While this  choice is likely very positive for their child’s academic potential, it is negative in terms of the economic growth of the country.

Another group of lost workers are those over the age of 65 who simply did not come back into the workforce due to a previously planned retirement or a COVID risk-based decision. During the Trump administration more and more people were postponing retirement and staying active in the job place, but this phenomenon was ended by COVID with little sign that senior employment levels are returning to pre-pandemic levels.

The ensuing worker shortage partially caused by the drop in the number of people in the labor force will have consequences.

Employers facing labor shortages are raising wages, but many are also seeking to get more productivity per employee through speeding the integration of tech into their businesses. This includes in-person ordering tablets or kiosks, and the increased use of ordering apps by customers with deliveries provided by Grubhub or other offshoots of the gig economy. These services effectively offload personnel costs to the consumer, who gladly pays it to save the hassle and potentially health risk of going out.

While these services, along with other common driver services like Uber,  become even more ubiquitous, and more reliable internet connectivity take hold, many service sector companies are questioning the wisdom of leasing expensive downtown commercial office space when many employees prefer, and are capable of, working from home.

Already in the Washington, DC area, the federal government is planning increased telework by the federal workforce as part of its post-COVID re-entry plan. (Yes, believe it or not, federal bureaucrats still have not returned to work as a result of the pandemic.)

The impact on restaurants, dry cleaners, law and public affairs firms to name a few has been profound as formerly busy streets are nearly deserted.

With the workforce more empowered to work from home, the traditional distance ties to an office space disappear allowing employers to cast a wider net to attract quality employees from a broader geographical area potentially avoiding the higher end salaries that many of the most affluent urban areas demand while getting the same quality and quantity of work.

The bottom line is that as America struggles with a worker shortage, many businesses will have to adapt or die to the new employment situation.  Those with the savvy to adopt current and emerging technologies to end the need for non-existent workers will have a leg up on the fight for survival.

The workforce is always shifting, but the net result of the pandemic is likely to create earthquake level disruption in the overall labor market.  Not only as an adaptation to the number of available people to hire, but also in how and where those workers will perform their duties.  As more and more employers embrace these shifts, companies are likely to have a more dispersed, independent employment team with the consequencethat employees will be less attached to their positions creating more turnover.

The ramifications on human resources decisions on incurring long-term skill development employee training costs and managers willingness or even ability to effectively mentor junior staff remain to be seen, but suffice it to say, much has changed due to the pandemic and it is unlikely that the workplace won’t be every bit as transformed as everything else.

This post, Labor Day 2021 – the permanent labor force shift, was originally published on The Daily Torch and is republished here with permission. Please support their efforts.