Labor Strike Threats Return: It is almost as if it is scripted 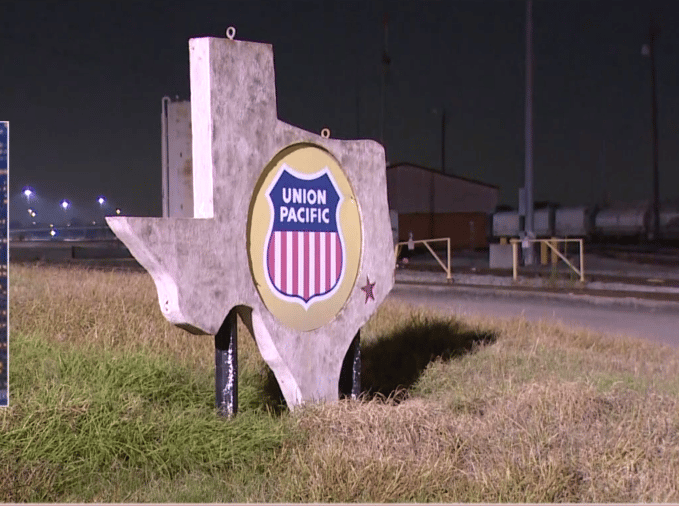 Labor
Strike Threats Return: It is almost as if it is scripted

The Railroad strike has been settled at the last possible
moment after heroic phone calls by President Joe Biden.

Who actually buys this garbage?

The potential strike was the culmination of ten years of
negotiations replete with numerous lawful federal government interventions to
cool things down.

The latest deadline was the result of the end of a federal
government cooling down period, and the unions who were threatening to strike
were rejecting a proposal prepared by the Biden appointed President Executive
Board (PEB).  The unique labor laws
governing the rail and airline industry’s give the federal government
extraordinary involvement and power over labor disputes affecting these two
industries.

So, after years of watching Washington, D.C. go to the last
minute on government funding deals, who is surprised that a crisis which the
Biden administration has been part of creating over the past twenty months or
so, was brought to a head and miraculously solved by the cape wearing Biden
just in the nick of time.

Given that the PEB created the settlement that the unions were
rejecting, Biden knew exactly what the union would likely accept and the
President had to power to jam it down the railroad industries collective
throats.  That is what happened.

The cost of transportation will go up as the 1970s
wage/price spiral just begins to take effect, spurring more price increases.

Other private sector unions, emboldened by the result, will
demand new contracts that include cost of living adjustments plus new money, reflecting
and accelerating Biden’s inflation spiral.

The bottom line is that Joe Biden has not only made
inflation great again, he has reintroduced America to another phenomena from
the 50’s, 60’s and 70’s, the threat of the crippling labor strike.

So, if you were script writing for this administration,
where would the next labor crisis hit?

If it were me, the next strike threat would be at the ports
on the west coast where the
contract between the Ports and the West Coast Port Worker Union has expired
for months but negotiations continue, until they don’t.

So, if modern politics is little more than navigating a
series of manufactured and planned crises, what better opportunity exists than
to have a potential strike threaten 40 percent of all imports that come into
America.

CNN could reinstate their war time countdown graphics with
the heavy drumbeats in the background, while detailing in serious tones that
Christmas might have to be canceled as the toys all are sitting on ships.

MSNBC will respond in hushed awe as Transportation Secretary
Pete Buttigieg explains that in addition to his and his husband’s child-care
duties, he is spending at least fifteen minutes a day focused on the port
crisis – the kind of sacrifice that only the most heroic government leaders
would make.

And of course, President Joe will call the Port leadership
using his best “C’mon, man” intonation promising them money from the federal
government for “infrastructure improvements” in exchange for giving the unions
whatever they want to not strike.

The mid-October announcement could already be written.  Christmas saved by last ditch Biden efforts.  Department store Santas dancing joyously in
Lafayette Park as their services will still be required. All of this culminates
with Macy’s announcing that a brand new Biden balloon will appear at their
Thanksgiving Parade cheered on by the transgender children’s chorus sponsored
by the New York City library system.

And America’s inflation wage inflation spiral accelerates,
while the public applauds all the way to the ballot box. https://dailytorch.com/2022/09/labor-strike-threats-return-it-is-almost-as-if-it-is-scripted/

The special master in the Justice Department case involving
former President Donald Trump’s documents seized from Mar-a-Lago could be a
judge who signed off on a secret surveillance warrant on then-Trump campaign
adviser Carter Page.

Judge Raymond Dearie was the same judge who approved the
final Foreign Intelligence Surveillance Act warrant to continue allowing the
FBI to spy on Page as it was looking for any signs of collusion between the
Trump campaign and Russia, based on a dossier of phony allegations paid for by
the Hillary Clinton campaign and the Democratic National Committee.

That FISA warrant came after then-FBI lawyer Kevin
Clinesmith was aware that Page, a Navy reservist, had acted as a CIA informant
but purposely hid that information, which was favorable to Page, by doctoring
an email to falsely indicate that Page had not been a CIA informant. Clinesmith
pleaded guilty to one count of making a false statement and received 12 months
of probation and a sentence of 400 hours of community service.

Dearie was one of the names submitted by Trump’s team to
serve as special master in the case, causing surprise among both Trump
supporters and critics.

Andrew Weissman, the lead prosecutor in the failed special
counsel investigation helmed by Robert Mueller, called Trump’s decision to
submit Dearie’s name as a “screw up.”

“Having their own SM choice rule against them will be fun to
watch. Dearie is a model judge,” he tweeted.

However, according to Fox News, Dearie could be in a unique
position to review actions taken by the FBI, given that he approved the FISA
warrant based on falsified information by Clinesmith.

Judge Aileen Cannon is expected to decide this week on a
special master, as well as the scope of what could be used by the Justice
Department in its investigation.

The
Machiavellian Intent of John Durham Surfaces inside His Court Filing, Outlining
the FBI Hiring of Igor Danchenko as Confidential Informant

This is sickening to read, and perhaps even more sickening
to accept.  CTH has long outlined the
belief that Bill Barr was the Bondo application to cover the DOJ and FBI
institutional rot, and John Durham was the ongoing spray paint application.

The bottom line is an ongoing DC operation to preserve the
institutional credibility of the justice system. A credibility, which is – at
this point, entirely destroyed – yet the effort continues.

The basic legal case brought by Durham is predicated on the
notion that Christopher Steele’s source for his dossier, Igor Danchenko,
willfully and intentionally lied to the FBI, and therefore Danchenko is guilty
of purposefully misleading FBI investigators assigned to the Trump-Russia/”crossfire
hurricane” investigation.

This is where we must stop pretending.  The Durham premise of a “duped FBI” is
laughable on its face. No one in the FBI or DOJ-NSD was “duped” by false
information from Igor Danchenko.

The lies, as they were with Clinton lawyer Michael Sussman,
were well known to be false, yet materially beneficial to the unspoken
intention of the DOJ/FBI, which was to target Donald Trump.   The corrupt intent of the DOJ and FBI is the
basic rot John Durham was appointed to cover over.

John Durham is running a Deep State cover operation to
protect the institutions of the DOJ and FBI from evidence of their prior
activity. The bulls**t of pretending this is not his motive is, well, quite
simply nonsense and needs to stop.  Look
at today’s filing itself, overlay the timeline and you can see the corrupt
intention of the FBI and John Durham’s clear objective is to cover for them.

The big picture takeaway is right there on the second
page.  Pay attention to the dates.

CONTEXT – From January 2017 through October 2020 the FBI was
using Danchenko as part of its investigation.
This includes the entire timeline of the Robert Mueller and Andrew
Weissmann special counsel operation which took place from May 2017 to April
2019.

Danchenko was Christopher Steele’s primary source for
information he put into his “dossier”.
The DOJ-NSD and FBI used the Steele Dossier in lieu of a valid ‘wood’s
file’ to support the FISA surveillance and search warrant application against
Carter Page.  The title-1 warrant gave
the DOJ-NSD and FBI the ability to conduct surveillance over Donald Trump as a
candidate and as a President.  The
warrant was issued in October 2016 and renewed thrice in 2017 (Jan, April,
June).

The warrant was used to conduct electronic surveillance of
President Trump during the time he was in office.  Robert Mueller and Andrew Weissmann renewed
the warrant to support their targeting of Trump and officials in his
orbit.  Most of the evidence gathered by
Weissmann/Mueller was captured using surveillance legally authorized by the
FISA warrant.

The post Labor Strike Threats Return: It is almost as if it is scripted appeared first on Daily Torch.

This post, Labor Strike Threats Return: It is almost as if it is scripted, was originally published on The Daily Torch and is republished here with permission. Please support their efforts.