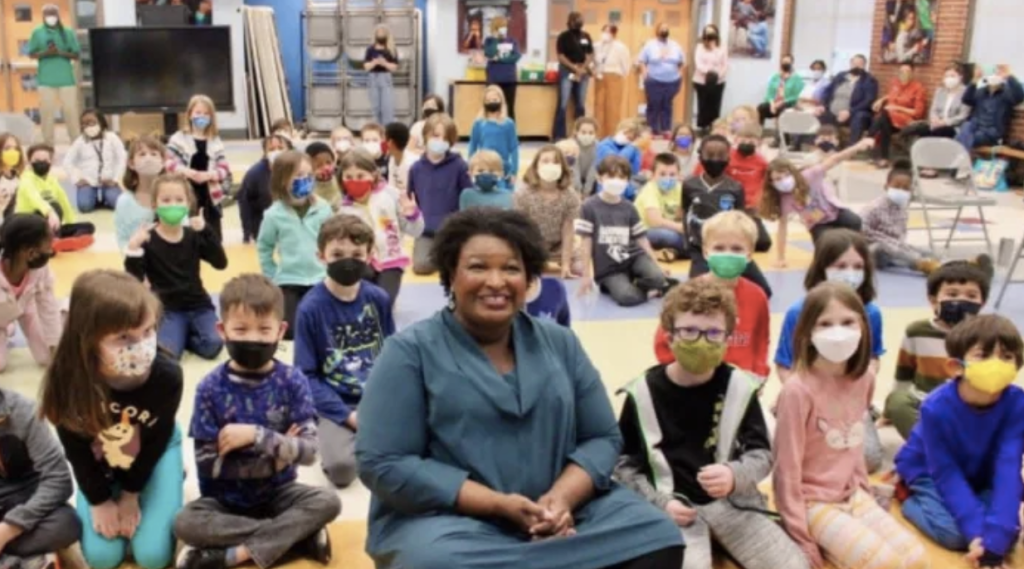 With the November elections less than a year away, Democrats are desperate to put the pandemic behind them. Clearly, they are choosing to pay more attention to the political science than actual science.

With the November mid-term elections fast approaching, Democrats nationwide are seeking an off-ramp from their scientifically and constitutionally dubious COVID mandates and restrictions.

In recent days Democrats have been claiming “the science has changed,” to explain why they are backing away from onerous mandates. More likely what has changed is the political science.

A recent Monmouth University Poll found that 78 percent of Americans agreed that “we just need to get on with our lives” despite the pandemic. Among those polled, 52% backed mask mandates, the lowest number since July, when the virus was at its lowest ebb.

Following the lead of Republican Virginia Gov. Glenn Youngkin,  three governors from blue states, New Jersey, Massachusetts, and Delaware have announced they will be phasing out mask mandates. The cities of Denver and Portland, Maine have also announced they will abandon the unpopular mask restrictions, as well. California has announced it will drop all indoor mask mandates on vaccinated individuals.

The easing of restrictions comes on the heels of several high profile Democrats being photographed maskless, in violation of the mandates they support. Stacy Abrams of Georgia took down an embarrassing photo of her grinning without a mask surrounded by school children who are forced to wear masks. Two of New York’s top lawmakers, New York City Mayor Eric Adams and Sen. Kirsten Gillibrand, also have been recently pictured ignoring the state’s indoor mask requirements. In addition, California Gov. Gavin Newsom, Los Angeles Mayor Eric Garcetti and San Francisco Mayor London Breed were pictured at a recent football game bare faced. Hilariously, when questioned about it, Garcetti said he only took his mask off for the photo and held his breath the whole time it was off.

A spokeswoman for the Congressional Leadership Fund, a super-PAC dedicated to election Republican candidates, told the Washington Times, “Every Democrat that gets caught with their mask down reinforces for voters that there are basically two sets of rules: one for the elites and one for everybody else. That’s a precarious position for Democrats to defend as Americans are frustrated that their lives are still not returning to any sense of normalcy.”

According to the Examiner, “In response to a question about whether Democrats should embrace the idea that it’s time to move on from some of the public health measures adopted at the height of the COVID-19 outbreak, Maloney said, ‘People are sick to death of this pandemic.’”

Maloney claimed that due to “the wide availability of vaccines, and better therapeutics, and with the right support for our front-line healthcare workers who have performed heroically we can all expect a definite plan for the resumption of our normal lives, and once and for all put the pandemic behind us.”

“Even the most dim-witted politician knows how to read the polls,” explained Richard Manning, President of Americans for Limited Government. “Every Democrat in the country right now is nervously eyeing the poll numbers, looking for a way out of their unpopular, unconstitutional mandates.

“I have an easy off-ramp for them,” Manning added. “They can defund the Biden administration’s five vaccine mandates by voting against the Continuing Resolution spending bill now moving its way through Congress.

“Members who vote for this spending bill, with the mandate funding intact, will be on record as supporting Big Government COVID mandates,” Manning concluded. “Voters will hold them accountable in November at the polls.”

Dr. Rochelle Walensky, Director of the Centers for Disease Control and Prevention (CDC) and Dr. Anthony Fauci, Director of the National Institute of Allergy and Infectious Diseases held a news conference on Wednesday in which they were asked about governors and local leaders moving to lift mask mandates.

Reporters asked Walensky if the CDC had any updated guidelines or recommendations for policy makers. She did not directly answer the question, only noted that the CDC is encouraging state and local government to make decisions for their communities.

Earlier this week, the Washington Post reported Dr. Fauci as saying decisions on coronavirus restrictions will be increasingly made on a local level, “as we get out of the full-blown pandemic phase of covid-19, which we are certainly heading out of.”

With the November elections less than a year away, Democrats are desperate to put the pandemic behind them. Clearly, they are choosing to pay more attention to the political science than actual science.

This post, Nervous Democrats seek off-ramp from COVID mandates, was originally published on The Daily Torch and is republished here with permission. Please support their efforts.