No, Sen. Mitt Romney, the fate of democracy does not hinge on U.S. Rep. Liz Cheney winning her GOP primary in Wyoming. 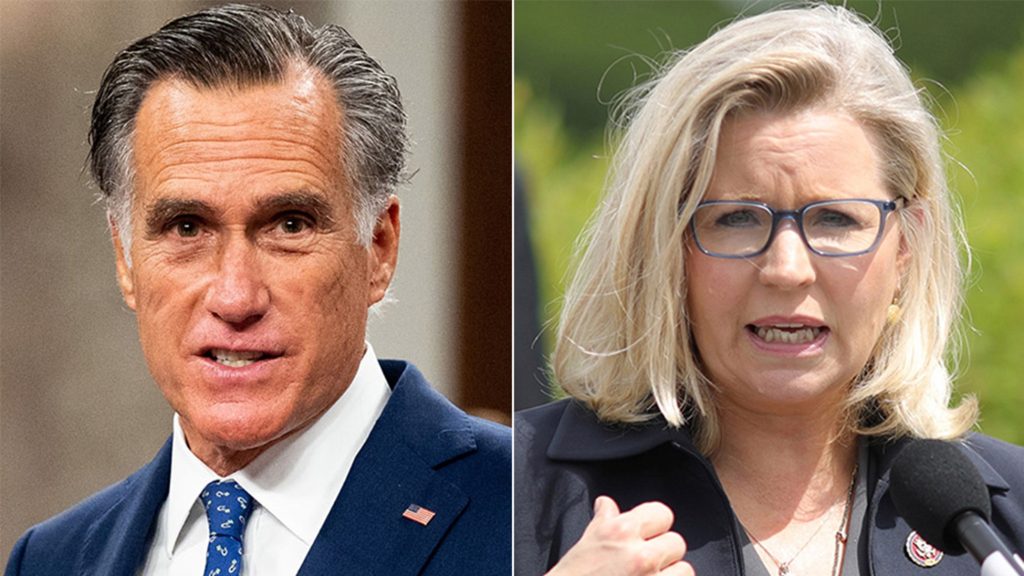 On March 14, Sen. Mitt Romney (R-Utah) held a fundraiser for embattled U.S. Rep. Liz Cheney (R-Wyo.), who is locked in a tough primary challenge with five other candidates that will be decided on Aug. 16 when Wyoming holds primaries statewide.

The opponents include Hariet Hageman, who was endorsed by former President Donald Trump in September and who came out in first place in a Jan. 2022 straw poll by the Wyoming Republican State Central Committee, garnering 59 votes to Cheney’s 6 votes. In announcing the endorsement, Trump stated, “I strongly endorse Republican House of Representatives Candidate Harriet Hageman from Wyoming who is running against warmonger and disloyal Republican, Liz Cheney.”

Cheney was removed as House Republican Conference Chair in May 2021 following grassroots pressure after her vote to impeach former President Donald Trump for speaking at the Save America rally on the National Mall on Jan. 6, 2021 preceding the U.S. Capitol riot. After Cheney was removed, she said Trump was “unraveling” democracy: “We cannot let the former president drag us backward and make us complicit in his efforts to unravel our democracy.”

The House had charged Trump with incitement of insurrection, a single article of impeachment that stated the President “willfully made statements that, in context, encouraged — and foreseeably resulted in — lawless action at the Capitol.”

At the Jan. 6, 2021 speech, Trump had urged his supporters to “peacefully” protest the Electoral College certification of Joe Biden as President, saying to “peacefully and patriotically make your voices heard”. Ultimately, because there was no advocacy of violence by Trump, who had otherwise exercised his First Amendment rights at the speech, Trump was easily acquitted of all charges by the GOP-controlled Senate.

Now, according to Justice Department indictments, including early ones from Jan. 2021 that preceded even the impeachment trial, the riot at the Capitol, which began while Trump was still speaking, was allegedly pre-meditated by individuals who were seeking to break into the Capitol that day, not as a spontaneous result of any incitement in the Trump speech as the House of Representatives had alleged in its impeachment. Per the Justice Department, the real perpetrators had been planning the violence for days and weeks.

In other words, the riot had nothing to do with anything Trump had said that day. The riot cannot have been both premeditated by individuals independent of Trump and incited by Trump’s speech. The impeachment itself was based on a falsehood, making Cheney — and Romney, who voted to convict Trump for inciting the riot — useful agents for Democrats to abuse the House’s impeachment power with a nonsense trial just days before Trump was set to leave office.

Afterward, Cheney and U.S. Rep. Adam Kinzinger (R-Ill.), who also voted to impeach Trump, volunteered to then serve on the House of Representatives select Jan. 6 committee — whose apparent mission is to vindicate the House’s failed bid to have Trump removed from office — bucking House Minority Leader Kevin McCarthy (R-Calif.) who boycotted the committee after his appointments for the committee were refused by House Speaker Nancy Pelosi (D-Calif.). Cheney serves as Vice Chair of the Jan. 6 committee.

The predictable result is another grassroots Republicans and conservatives campaign urging to have Cheney and Kinzinger removed from the House Republican Conference altogether.

Cheney has billed the Aug. 16 primary for a seat Republicans will easily win — Republican candidates like Cheney and former U.S. Rep. Cynthia Lummis (R-Wyo.) typically get over 60 percent of the vote in the state’s at-large Congressional District election — as “the most important House race in the country in 2022.”

Similarly, at the March 14 fundraiser for Cheney, Romney raised the stakes of the Cheney primary as somehow being a part of “preserving liberal democracy,” stating: “We are really the only significant experiment in democracy, and preserving liberal democracy is an extraordinary challenge… People of character and courage have stood up for right at times when others want to look away. Such a person is Liz Cheney.”

But does the fate of democracy really depend on Cheney winning her Aug. 16 primary for the at-large House seat in Wyoming that Republicans will win no matter what? No, it does not.

What is really at stake are the political futures of figures like Romney and Cheney, who have been embroiled in a GOP intraparty civil war that began when Trump announced his presidential candidacy in 2015. What we are seeing now are the death throes of the “Never Trump” faction. After Jan. 6, 2021, they bet big that the future of the Republican Party would not include Trump. Were they wrong?

Now, if Cheney loses, she and Romney could discover that the war for the heart and soul of the Republican Party is over. Trump won. On Aug. 16, Wyomingites will have their say.

The post No, Sen. Mitt Romney, the fate of democracy does not hinge on U.S. Rep. Liz Cheney winning her GOP primary in Wyoming. appeared first on Daily Torch.

This post, No, Sen. Mitt Romney, the fate of democracy does not hinge on U.S. Rep. Liz Cheney winning her GOP primary in Wyoming., was originally published on The Daily Torch and is republished here with permission. Please support their efforts.