Only 43 percent of Democrats want Joe Biden to run for President again in 2024, but will anyone challenge him in the primary? 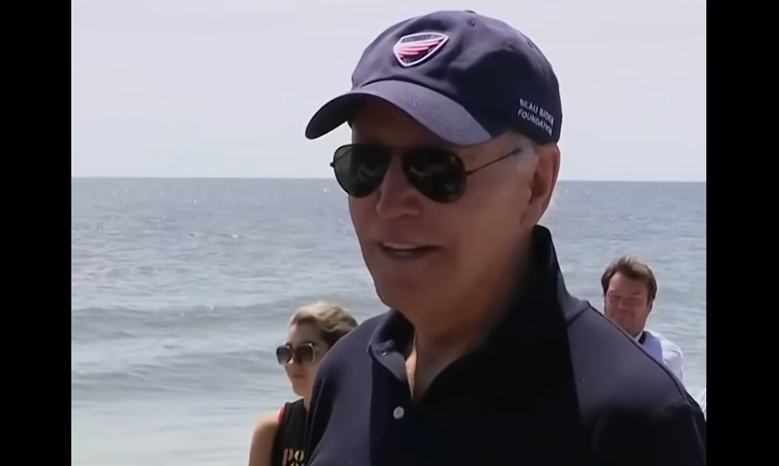 Only 43 percent of Democrats want Joe Biden to run for President again in 2024, the latest Yahoo! News-YouGov poll of U.S. adults conducted June 10 through June 13 shows, amid increasing calls from critics for Biden to stand aside for the good of his political party, if not the country.

While not yet a full-fledged panic — that might not come until after the November Congressional midterms, especially should Republicans reclaim both the House and Senate as is expected — there are already several red flags emanating from the Democratic Party, signals that might eventually encourage an enterprising upstart to challenge Biden for the presidential nomination in 2024.

The recent bout of speculation over Biden’s fate in 2024 seems to have been kicked off by a June 11 report from the New York Times by Reid Epstein and Jennifer Medina, “Should Biden Run in 2024? Democratic Whispers of ‘No’ Start to Rise.” The report included dozens of interviews of Democratic Party officials who worry Biden is too old to stand for election again — he would turn 82 in 2024 — and that he failed to get much of his legislative agenda, especially the $3 trillion Build Back Better, across the finish line.

The report set off a series of columns and opeds, both for and against Biden standing aside in 2024. CNN’s Julian Zelizer responded with “Democrats shouldn’t be so quick to throw Biden overboard.” The Atlantic’s Mark Leibovich offered, “Why Biden Shouldn’t Run in 2024.”

Clearly, Biden is no longer being protected by the media the way he was in 2020.

The mere fact that the discussion is taking place so prominently is a major indicator that not only are party leaders worried, but that replacing Biden, whose approval averages just 39.7 percent and disapproval averages 54.8 percent according to the latest average of national polls by RealClearPolitics.com, is being actively considered. Either that would take the form of Biden stepping aside on his own, or being challenged in the primary.

In 1968, after Lyndon Johnson barely won the New Hampshire primary against Eugene McCarthy, when it became clear he was going to lose his reelection campaign badly as the Vietnam War became increasingly unpopular, he withdrew from the race altogether. Richard Nixon and Republicans went on to win the general election relatively easily.

In 1980, when Jimmy Carter similarly faced a primary challenge from Ted Kennedy, who ended up winning 12 states, it was absolutely an indicator of how poorly Carter was going to perform in the general election, where Carter lost 44 states in a landslide to Ronald Reagan.

Biden, for his part, clearly would need to be persuaded not to run again. On June 13, White House Press Secretary Karine Jean-Pierre reminded everyone on Twitter that “To be clear, as the President has said repeatedly, he plans to run in 2024.” On June 17, the Washington Post’s Tyler Pager and Michael Scherer followed up with their own report, “Biden sends every signal he is running again.”

And Biden might only ever be persuaded not to run by a credible primary challenger. Without that, then this is all a rather hypothetical exercise, mostly among Democratic Party officials who are trapped with an unpopular President who is overseeing a very poor economy, and who might wish desperately that someone else would run. But that might just be all that it is: Wishful thinking.

The post Only 43 percent of Democrats want Joe Biden to run for President again in 2024, but will anyone challenge him in the primary? appeared first on Daily Torch.

This post, Only 43 percent of Democrats want Joe Biden to run for President again in 2024, but will anyone challenge him in the primary?, was originally published on The Daily Torch and is republished here with permission. Please support their efforts.