Republicans are still more enthusiastic than Democrats about the Congressional midterms, but what about Dobbs? 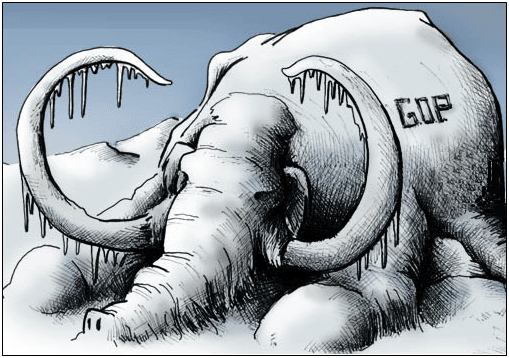 For the first half of 2022, Republicans hoping to retake the House and Senate in the Congressional midterms were consistently leading the generic ballot question all the way through June in national polls of both likely and registered voters by a few points.

It’s what you’d expect to see in a midterm cycle: The opposition party that just lost the White House, being out of power, is anxious to reclaim power, and so, on average, they turn out in greater numbers than the incumbent party who just won the White House. It’s fatigue versus anxiety.

You know the numbers but here they are again.  In midterm elections dating back to 1906 through 2018, the party that occupied the White House lost seats in the House 27 out of 30 times, or 90 percent of the time, with losses averaging 31 seats. The exceptions were 1934, 1998 and 2002, when the incumbent party was able to pick up seats in the House.

But since the Supreme Court’s decision to overturn Roe v. Wade in Dobbs v. Jackson, effectively returning the question of abortion to the states, the race for the House of Representatives has seemingly tightened in a number of national polls, particularly polls of registered voters — as opposed to likely voters where pollsters attempt to model turnout based on historical trends like the midterm cycle.

For example, a week before the Dobbs decision, Republicans led the June 18-June 21 Economist/YouGov generic ballot poll of registered voters by 5 points, 45 to 40 percent. In that poll 81 percent of former President Donald Trump’s voters said they were definitely voting, and 70 percent of President Joe Biden’s voters said they were definitely voting.

In terms of how those same voters in the same poll felt about the Supreme Court’s Dobbs decision, 34 percent said they approved and 54 percent disapproved, including 12 percent of Trump voters and 12 percent of Republicans who strongly disapproved. 53 percent of independents disapprove overall.

I should add this is not the outcome I was personally hoping for after Dobbs. I was elated by the Supreme Court’s decision because I’ve always been pro-life. I also felt the decision might even help bolster Republicans if they, say, started talking about the fertility crisis, labor shortages and pro-family tax incentives for marriage and child rearing. I still believe that to be true over the longer term as the Baby Boomer retirement wave continues, leading to even more labor shortages.

Which is why I find it remarkable that the GOP’s messaging on this issue has been somewhat scant since the decision, other than issuing statements praising the Supreme Court. What’s their message on abortion? It appears to be to change the topic.

In Kansas, one of the reddest states, voters overwhelmingly rejected a referendum that would have allowed the state to ban abortions under the state’s constitution by a 1.5 to 1 margin, a 19-point rout, 59 percent to 41 percent.

On the other hand, the Republican-controlled Senate seat there seems to be a safe seat for Sen. Jerry Moran (R-Kan.), where Republicans still numerically outnumber Democrats by a wide margin there and where Trump carried the state by 15 points in 2020. Despite the referendum result, Moran leads his opponent, State Senator Tom Holland, 58 percent to 37 percent in the latest John Brown Freedom Fund poll. So, maybe not that much has really changed politically?

That said, the pro-choice Republican segment — about 12 percent of Trump voters and Republicans appear strongly oppose the Dobbs decision — might still show up in Georgia, Pennsylvania, Arizona, North Carolina, Ohio, Wisconsin, etc. Senate races that are more closely contested. These voters are particularly a wild card. Will they simply stay home in November, dampening Republican turnout? Will they vote for Democrats and actually, U.S. politics just realigned? Or could they be persuaded to stay in the GOP column?

Now, voter attitudes are settling down a bit in the latest Aug. 20-Aug. 23 Economist-YouGov poll, with Democratic enthusiasm down significantly even as they still lead the poll among registered voters, now with only 71 percent of Biden voters saying they’re definitely voting, down 6 points from post-Dobbs week of 77 percent. 76 percent of Trump voters say they’re definitely voting.

66 percent of Republicans say they’re definitely voting, compared with 59 percent of Democrats, a 7-point edge on enthusiasm. In the meantime, independents enthusiasm in the election is down 10 points from its pre-Dobbs level of 49 percent definitely voting to 40 percent now. That’s an interesting wrinkle, since independents and swing voters are the ones who besides the opposition party being fired up are what gives the opposition party the advantage in midterms.

Overall, two months after Dobbs, and Republicans and Trump voters are still more enthusiastic than Democrats and Biden voters by a bit, particularly after the FBI’s raid of Trump’s Mar-a-Lago home in Palm Beach, Fla. looking for documents that it appears Trump had already declassified before he left office.

So, how to handicap the race?

Modeling turnout based on historical trends (the midterm cycle, the presidential re-election cycle, etc.) is usually critical to modern polling. If the historical model prevails, the likely voter polls will be vindicated and the registered voter polls, including Economist-YouGov, will look really silly in hindsight.

The GOP should still pick up House seats based on the historical trends, but there’s that 10 percent chance they might not. It’s rare but it does happen in midterms, and usually because of a single issue. In 2002, it was 9/11. In 1998, it was public fatigue with the Bill Clinton impeachment. In 1934, it was the Great Depression. Could overturning Roe be another such black swan?

In might. Democrats are gaining ground in some of these registered voters polls, but not necessarily in the so-called likely voters polls. The Economist-YouGov still shows the GOP with an enthusiasm edge, but if Democrats can overcome that like they did in July over the next month or so, then it could make some sense to pay a little more attention to the registered voters polls headed into November. If not, maybe go with likely voters polls that are accounting for the opposition party’s historical advantage this year. As usual, stay tuned.

The post Republicans are still more enthusiastic than Democrats about the Congressional midterms, but what about <i>Dobbs</i>? appeared first on Daily Torch.

This post, Republicans are still more enthusiastic than Democrats about the Congressional midterms, but what about Dobbs?, was originally published on The Daily Torch and is republished here with permission. Please support their efforts.