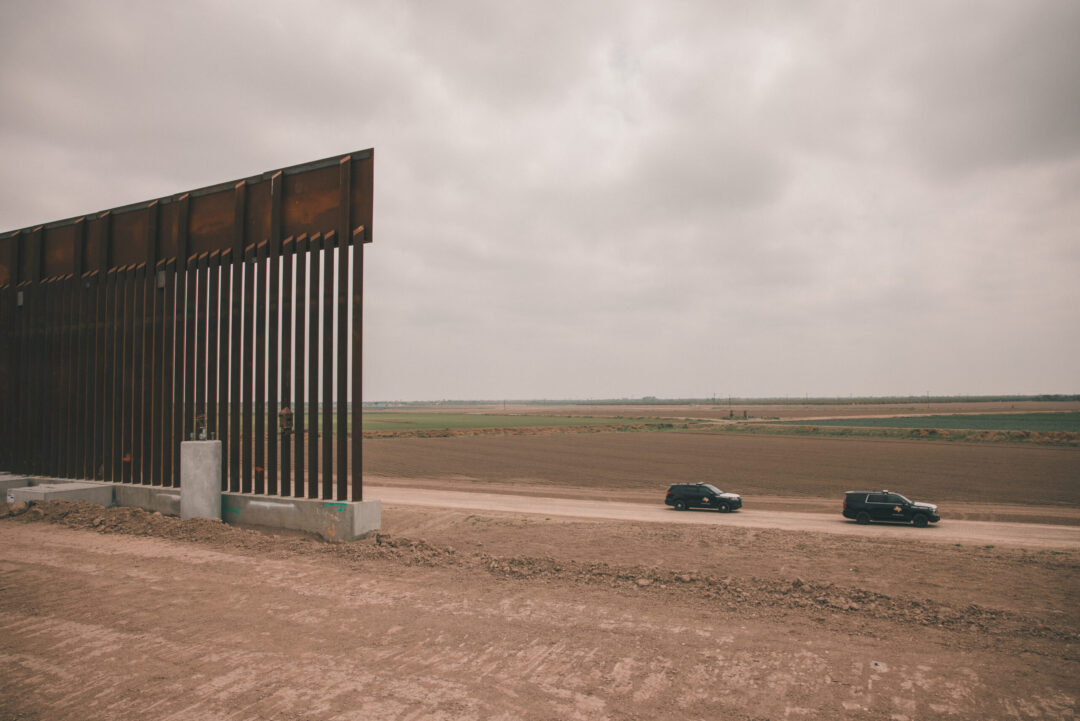 GOP senators have released a ‘blistering’ report showing the Biden administration has sent Department of Defense contractors $2 billion in taxpayer money to not build the wall.

On President Joe Biden’s first day in office, he issued Presidential Proclamation 10142 halting construction on the border wall. But taxpayers are still on the hook to pay the defense contractors who had their work cut short.

In January 2021, Department of Defense (DoD) contractors in charge of overseeing wall construction along the southern border received $10 billion in taxpayer money, which had been obligated toward wall-related projects. By the end of June, the Biden Administration has wasted roughly 20 percent ($2 billion) of the $10 billion meant to build the wall to pay contractors to watch steel rust in the desert.

Biden noted in his executive order that he wanted time to “study” the wall. While, we have seen no evidence of any studying going on, we do know that in the weeks immediately following his order, Sen. Lankford’s office found that DoD contractors were reportedly being paid $6 million per day—to not construct the wall they were hired to build. Now taxpayers are paying contractors on just seven project sites $3 million per day, after numerous layoffs, to sit and watch the steel bake in the sun. According to Sen. Lankford, the Department of Homeland Security  has not provided information to Congress about the status of border wall projects funded by congressional appropriations.

Americans for Limited Government President Rick Manning is outraged at the waste of taxpayer dollars. “Paying $2 billion to not build the wall is so Bidenesque,” Manning said. “And the cost is even higher because the record illegal immigration, some of it through those very gaps, also known as Biden Gates, will cost billions more as hundreds of thousands of new arrivals stretch our social safety net system beyond its limit.”

“Stubbornly refusing to spend money approved for the wall is not ‘executing’ the law,” Sen. Lankford said. “It’s ignoring the law and ignoring the very real national security concerns posed by illegal entry across our very open southern border. For years I have called out federal waste, but the Biden Administration is literally ‘going for broke’ with this nonsense. Our border patrol agents are doing their best to secure our border, but they need additional barriers, roads, and technology to help keep us safe. Instead, President Biden is paying professional construction contractors to babysit metal to the tune of $2 billion and counting, while at the same time we’ve seen a 20-year high number of migrants crossing our open border.”

In 2019, President Trump put a pause on sending congressionally appropriated money to Ukraine over concerns Trump had about corruption in that country.  According to the Washington Post at the time, “there was concern within the administration that if they did not spend the money, they would run afoul of the law, this official said, noting that, eventually, Trump gave the Office of Management and Budget’s (OMB) acting director, Russell Vought, permission to release the money.”

Despite ultimately faithfully executing of will of Congress, the Government Accountability Office (GAO) determined that Trump had broken the law.

“Faithful execution of the law does not permit the President to substitute his own policy priorities for those that Congress has enacted into law,” the decision by the GAO said.

The OMB “withheld funds for a policy reason, which is not permitted under the Impoundment Control Act (ICA)”, the ruling continued.

The 1974 Impoundment Control Act says it is illegal for the White House to withhold aid appropriated by Congress. It also says the White House must first alert Congress before it delays or blocked funds, which the Trump administration did not do.

Republicans who have oversight over the border wall construction should similarly ask GAO for a ruling on Biden’s decision to withhold congressionally authorized funds.

Meanwhile,Tuesday marked six months into Biden’s tenure. According to the Washington Times, Biden’s Border crisis is getting worse. On just about every measure of mayhem, the border situation looks worse than it did on Jan. 20.

On July 16, US Customs and Border Protection (CBP) released the latest staggering border crossing numbers for June, which included an astounding 20-year high 188,829 total encounters. CBP seized 508 pounds of fentanyl, which was up 12 percent from May. Additionally, the June update revealed that 95,079 unaccompanied children were found at the border since September 2020.

Deaths of migrants are up, and the numbers would be worse but for a record-setting year of Border Patrol rescues.

Seizures of the dangerous synthetic opioid fentanyl have set a record. Court case files are replete with stories of abusive encounters at the hands of smugglers. Agents also report a rise in dangerous high-speed chases as smugglers resist arrest.

“It’s as bad as it’s been in memory,” Todd Bensman, a national security fellow at the Center for Immigration Studies, told the Washington Times. Bensman has just returned from a trip to Nicaragua and Costa Rica to survey the flow of people headed north. “By every yardstick that exists, the border — and not just the border areas, but the interior areas now — are in crisis.”

In May, Sen. Lankford condemned the Biden Administration’s efforts to secretly respond to the obvious ongoing emergency at the southern by recruiting a “volunteer force” of federal employees from NASA, Department of Homeland Security, Department of Health and Human Services, and Department of Agriculture to work at the border transferring migrants with very few training requirements.

“This is exactly the kind of hard-nosed leadership we need from Republicans in Congress,” Manning added. “We must hold the Biden administration accountable for their waste and abuse of taxpayers hard-earned money.”

This post, SHOCK SPENDING: Biden Pays Contractors $3 million per-day NOT to build border wall, was originally published on The Daily Torch and is republished here with permission. Please support their efforts.