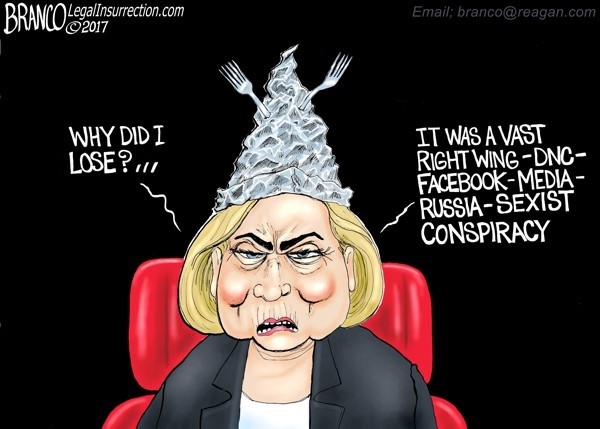 Former Hillary Clinton campaign manager Robby Mook has testified in the trial of Michael Sussman that Hillary Clinton “agreed to” a plan to take unsubstantiated allegations that Trump Tower was engaged in secret, back-channel communications with the Moscow-based Alfa Bank to the press, but not to the FBI.

Sussman, a former Perkins Coie lawyer who represented the Clinton campaign and the Democratic National Committee, is accused of lying to the FBI about who he represented, telling FBI Counsel James Baker that he was acting as a concerned citizen when he brought data purporting to show the connection between former President Donald Trump (then candidate Trump) and Russia.

The text that Sussman sent to Baker, dated Sept. 18, 2016, stated, “Jim — it’s Michael Sussman. I have something time-sensitive (and sensitive) I need to discuss. Do you have availability for a short meeting tomorrow? I’m coming on my own — not on behalf of a client or company — want to help the Bureau. Thanks.”

In testimony, Baker has stated that he was “100 percent confident” that Sussman had denied acting on behalf of a client at the meeting itself, explaining, “He said that he was not appearing before me on behalf of any particular client…”

Yet, Sussman’s own records show he billed the Hillary Clinton campaign for his time around the time of the FBI meeting.

Both Mook and Sussman’s former partner at Perkins Coie, Marc Elias, have both testified that they were unaware that Sussman had approached the FBI.

Mook said, “Going to the FBI does not seem like an effective way to get information out to the public… You do that through the media, which is why the information was shared with the media.”

Elias, for his part, said he didn’t learn of the meeting until Sussman was indicted.

There’s just one problem. If the allegation was not campaign work product, then why did the campaign send it to the press? How did it even know about it?

That’s easy. Sussman is the person who brought the Alfa Bank connection to the Clinton campaign in the first place, who then approved it for distribution to the press, according to Christopher Steele, the former British spy hired by Fusion GPS who was hired by the Clinton campaign and the DNC in June 2016 who falsely alleged candidate Trump was a bought and paid for Russian agent. In 2020, Steele stated in a defamation trial brought by Alfa Bank that the source of the Alfa Bank allegations as it related to his own reporting was none other than Sussman: “I’m very clear is that the first person that ever mentioned the Trump server issue, Alfa server issue, was Mr. Sussmann.” Steele said the meeting occurred on July 29, 2016.

By then, Steele was already providing the FBI with his reports, between July and Oct. 2016, according to the Justice Department Inspector General Michael Horowitz, including a Sept. 14, 2016 report. That was five days before the Sussman meeting with Baker on Sept. 19, 2016.

If Sussman was just acting as a good citizen by bring the Alfa Bank allegations to the FBI — and it was not a Clinton campaign work product — then why was it brought to Steele (also an FBI confidential source) months earlier in July 2016, who similarly was acting on behalf of the Clinton campaign? Why didn’t Sussman go to the FBI first?

In other words, even if Sussman’s link to the Alfa Bank story somehow had nothing to do with the campaign, his first destination with the story was not to the FBI, it was the Clinton campaign’s opposition research department — Fusion GPS and Christopher Steele — who his own law firm had hired.

Eventually the Clinton campaign got the Alfa Bank story published by Slate’s Franklin Foer on Oct. 31, 2016, and again in the New York Times on Oct. 31, 2016, entitled, “Investigating Donald Trump, F.B.I. Sees No Clear Link to Russia,” by Eric Lichtblau and Steven Lee Myers.

But when asked if the meeting where Hillary Clinton had agreed to sending the Alfa Bank story to the press had occurred in Sept. 2016 prior to contacting the New York Times or in Oct. 2016 prior to contacting Slate, Mook answered, “I don’t recall.” Special Counsel Robert Durham’s prosecution have already included evidence that both the Times and Slate were in contact with Fusion GPS about the Alfa Bank story.

Steele’s own work on the Trump-Russia dossier was used to then get a meeting with himself and State Department officials on Oct. 11, 2016, where he discussed his many allegations against Trump, including the Alfa Bank story, adding details to the story. In Horowitz’ words, Steele told State about “[t]he role of Alfa Bank, one of Russia’s largest privately owned banks, as a conduit for secret communications between Manafort and the Kremlin.”

Fusion was paid $50,000 a month and Steele was paid $168,000 from Perkins Coie. Both Sussman and Steele were used by the FBI as confidential human sources.

As for why this all happened, all you have to read is the Oct. 31, 2016 New York Times story by Lichtblau and Myers. The story explained, “Hillary Clinton’s supporters, angry over what they regard as a lack of scrutiny of Mr. Trump by law enforcement officials, pushed for these investigations. In recent days they have also demanded that James B. Comey, the director of the F.B.I., discuss them publicly, as he did last week when he announced that a new batch of emails possibly connected to Mrs. Clinton had been discovered.”

The story continued, “Supporters of Mrs. Clinton have argued that Mr. Trump’s evident affinity for Russia’s president, Vladimir V. Putin — Mr. Trump has called him a great leader and echoed his policies toward NATO, Ukraine and the war in Syria — and the hacks of leading Democrats like John D. Podesta, the chairman of the Clinton campaign, are clear indications that Russia has taken sides in the presidential race and that voters should know what the F.B.I. has found.”

As it turns out, the Lichtblau and Myers account stands out as one of the first and only accurate accounts of how Spygate really began.The headline itself gives it away, “Investigating Donald Trump, F.B.I. Sees No Clear Link to Russia” the implication of which was the FBI was investigating Trump.  They needed the investigation in order to get the story published.

That’s what happened with the Sept. 2016 Michael Isikoff Carter Page story, reporting on a purported Justice Department investigation of Page for Russia ties, that was then used in a circular fashion as a part of a Foreign Intelligence Surveillance Act warrant against Page approved. Similarly, in Jan. 2017, when former FBI Director briefed then President-Elect Trump on some of the Steele dossier allegation, that then once again provided a basis to report on the FBI’s investigation of Trump.

And it’s exactly the case that Durham is making to jurors in the Sussman case, stating, “You will see that when the reporter didn’t publish this story right away, the defendant and others decided to bring this information to the FBI and to create a sense of urgency, to also tell the FBI that a major news organization was running a story within days. That’s when the defendant requested the meeting with the FBI general counsel and told him that he was not doing this for any client.”

This was not some elaborate Russian disinformation scheme to somehow trick the FBI into investigating Trump, but a product of the Clinton campaign’s own vivid imagination, desperate to create a major hit against the opposing candidate in the closing days of the 2016 campaign.

But the damage done by Spygate to the Presidency is incalculable, as a top-secret investigation of the Republican presidential candidate, Trump, was carried over into his administration after he won the election on made-up charges of Russia stealing the election in concert with the Trump campaign, and then the Justice Department kept it going for two more years after it was discovered to be a hoax. This is one of the greatest political scandals in history.

At the end of the day, did Clinton even need to tell her team to get this fake story into the FBI? By the time there was a discussion in the campaign about getting the story to the press in Sept. or Oct. 2016, her opposition research team via Steele and eventually Sussman had already been talking to the FBI for months. Whether it was that Clinton asked for the official investigatioin into Trump explicitly, or with a wink and a nod, at this point, what difference does it make?

The post Sussmann brought fake Trump-Russia Alfa Bank allegations to the Clinton campaign almost two months before he gave them to the FBI appeared first on Daily Torch.

This post, Sussmann brought fake Trump-Russia Alfa Bank allegations to the Clinton campaign almost two months before he gave them to the FBI, was originally published on The Daily Torch and is republished here with permission. Please support their efforts.