The personal effects of inflation and how it creates recessions 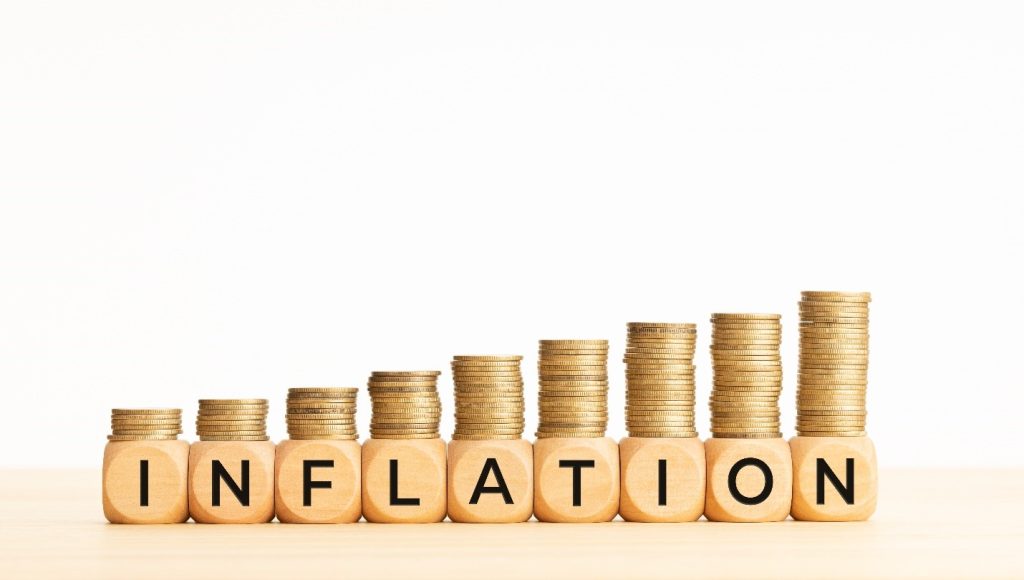 Historically speaking, high inflation—greater than 5 percent—has always preceded many of the  recessions in the United States. The causality follows a simple chain of events. Household budgets for items such as housing, food, and energy are fixed — or at least rigid — for most Americans. When these costs rise, income must be reallocated to these three categories from different areas of one’s budget such as entertainment, travel, and other non-essentials.

Unfortunately, with overall inflation up 7.9 percent the last twelve months — the worst since 1982 — it is reasonable to expect Americans will begin to restrict their spending and enter survival mode.

Housing costs have been on the rise for years after falling during the financial crisis. 2021 was exceptionally expensive for renters and homebuyers. The national average cost of rent was 10.1 percent higher in 2021 than in 2020. Additionally, rent costs grew 5 times faster in 2021 than 2020. Even more shocking, the national average of home prices increased 19 percent in 2021. In the 50 years since this metric has been tracked, a yearly increase like this has never happened before. Combine this with the fact that the dollar lost 4.7 percent purchasing power last year and you have a recipe for impending economic and financial trouble.

Personally, my rent has increased 7.7 percent from last year. Witnessing one’s salary become less useful is demoralizing. During the last major recession in 2008, I was 18, in college, and very poor even for a college student’s standards. Living off campus, I vividly remember not being able to socialize as much as I’d like outside of class as my beater Chevrolet costed too much to fill the tank. Ramen noodles became an even larger staple of my diet.

Now, in my early 30s, the 2021 inflation hits different. The inflation from the 2008 financial crisis most substantially affected my day-to-day living. Today, the major impact of the 2021 inflation is on my future. As with most Americans my age, my current ability to invest, save for retirement, save for a home down payment, and pay off student loan debt has been decreased. It’s not that I can no longer do these things, but the speed at which I can achieve financial milestones has been diminished.

While housing is typically the most expensive item in a person’s or family’s budget, the 2021 increase in food costs was substantial. Prices for at home food increased 7.4 percent and prices for food away from home increased 6.4 percent. Even more expensive, the price of meats, poultry, fish, and eggs rose 12.2 percent.

While inflation greatly impacts the prices of gas and housing, it also makes groceries more expensive. For American families, this can be a serious problem, as food is often in the top 5 expenses in the household budget. During times of economic recession, inflation can be a major contributing factor to rising poverty rates. This is because families must spend more of their income on basic necessities like food, leaving less money for other essentials like healthcare and education.

For me, I’ve still been able to buy all the foods I regularly consumed in 2020 and 2021, but I have had to trim my budget in other areas to continue to do this. Boneless, skinless chicken breasts is one of my favorite simple, healthy meats to eat. In my area, the cost of 3 pieces (1.5 pounds) increased from $7 to $9.50. My favorite caffeinated beverages such as cold brew coffee (privileged, I know) increased as much as 20 percent. Even though I am unhappy about the increased prices, economic downturns and inflation force me to remember that life is easier in America (for most people) during the bad times than it is during the best of times in some poor, less fortunate countries.

Perhaps one of the most apparent signs of inflation is the 40 percent price increase of gas. Historically, it’s common for inflation and the cost of crude oil to be positively correlated. One contributing factor is the increased transportation costs of fuel and energy during inflation. Natural gas costs rose 23.9 percent in 2021. Electricity prices rose 10.7 percent. As a result, people will travel less and reconsider their thermostat settings at home. Less travel in general equates to brick-and-mortar businesses receiving less traffic and income.

Thankfully, the cost of my lease covers electricity, so I haven’t had to make any drastic changes there. Gas, however, is a different story. I am now less likely to go explore new places within my region of the state and within my city. I am also more hesitant to plan long-distance trips to visit family and friends. I miss the gas prices of the Trump days. I could go exploring with less guilt and not thinking about it as much.

In summary, inflation is the gradual loss of purchasing power of a currency. Inflationary effects can be seen in the prices of goods and services, which rise over time as the currency loses value. The financial pressure created by inflation forces average Americans to decrease their spending.

It’s happening right now. Less spending means less money re-entering the economy. Before we know it, as consumer spending takes a hit prices stayed too high for too long, soon businesses will be laying people off and some even closing their doors — leading to the next recession.

The post The personal effects of inflation and how it creates recessions appeared first on Daily Torch.

This post, The personal effects of inflation and how it creates recessions, was originally published on The Daily Torch and is republished here with permission. Please support their efforts.