The Supreme Court allowed the vaccine mandate for health care workers to remain in effect. Congress should still vote on the mandates one way or another. 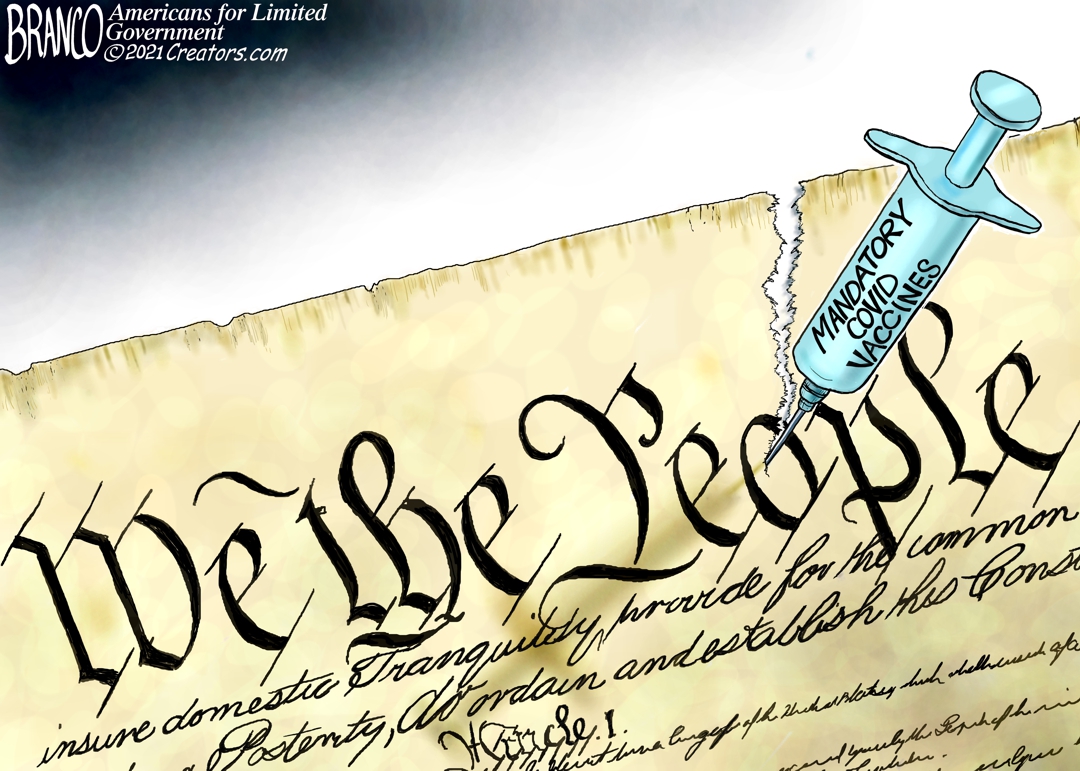 On Jan. 13, the Supreme Court issued twin rulings on President Joe Biden’s vaccine mandates, the first blocking a rule by the Department of Labor’s Occupational Safety and Health Administration (OSHA) compelling private employers to compel 80 million employees nationwide to obtain vaccines on the grounds that Congress had not explicitly authorized the mandate, and upheld the second rule by the Department of Health and Human Services (HHS) directed at 17 million health care workers, with religious and medical exceptions, who work for an employer with Medicaid and/or Medicare patients, even though Congress never explicitly authorized it.

For example, in the ruling allowing the HHS rule against health care workers to remain in effect, Justice Brett Kavanaugh relied on 42 U. S. C. §1395x(e)(9) that allows the HHS Secretary to promulgate “requirements as [he] finds necessary in the interest of the health and safety of individuals who are furnished services in the institution.”

For Kavanaugh and Chief Justice John Roberts, that fairly broad grant of power was good enough to allow the regulation to remain in effect. It could still be overturned when a final decision is rendered — these cases were to determine if the rules should be enforced during the Supreme Court’s hearings — but so far it’s not looking good for health care workers who refused to get the vaccine.

In the OSHA case, on the other hand, the government relied on 29 U. S. C. §655(b) allowing the Secretary of Labor to set “occupational safety and health standards” for “employees” via emergency temporary standards under 29 U. S. C. §655(c) when “employees are exposed to grave danger from exposure to substances or agents determined to be toxic or physically harmful or from new hazards, and … that such emergency standard is necessary to protect employees from such danger.”

The difference in the two rulings, at least for Kavanaugh and Roberts, appears the OSHA statute only authorizes rules related to “occupational safety and health standards” for “employees,” with an emphasis on “occupational” hazards, that is, those hazards that come as a result of workplace conditions themselves, especially “toxic agents,” not acts of nature. Whereas the statute relied on in the HHS case allows for regulations if the Secretary thought they were necessary for the “health and safety of individuals who are furnished services in the institution.”

If that happens, right or wrong, it will set a precedent in favor of federal vaccine mandates if Congress authorizes it even implicitly by allowing departments to issue rules whenever they want in the interests of health and safety. Here, Kavanaugh appears to be saying that but for the adjective “occupational” in the OSHA statute being attached to “health”, and the vaccine mandates might have stood on the OSHA side, too.

Love it or hate it, that’s what the Court is saying: Congress decides. Now, from a constitutional perspective it would be nice if the Court would just simply say that no person can be denied liberty without due process and that emergency temporary standards to not suffice to meet that high standard under the Fifth Amendment, but here we are.

Right now, barring a turnaround by Kavanaugh on final ruling, it will be up to Congress.

So Congress should vote up or down. Whether via a Congressional disapproval of the regulations, or legislation defunding implementation of the mandates, or just general legislation either allowing or prohibiting federal vaccine mandates.

Especially if the current majority sees no constitutional barrier to these mandates, that makes it an urgent matter. One way or another, Congress should act to clarify its views on vaccine mandates, because Kavanaugh and Roberts at least on the HHS mandate are ruling as if Congress already has.

The post The Supreme Court allowed the vaccine mandate for health care workers to remain in effect. Congress should still vote on the mandates one way or another. appeared first on Daily Torch.

This post, The Supreme Court allowed the vaccine mandate for health care workers to remain in effect. Congress should still vote on the mandates one way or another., was originally published on The Daily Torch and is republished here with permission. Please support their efforts.