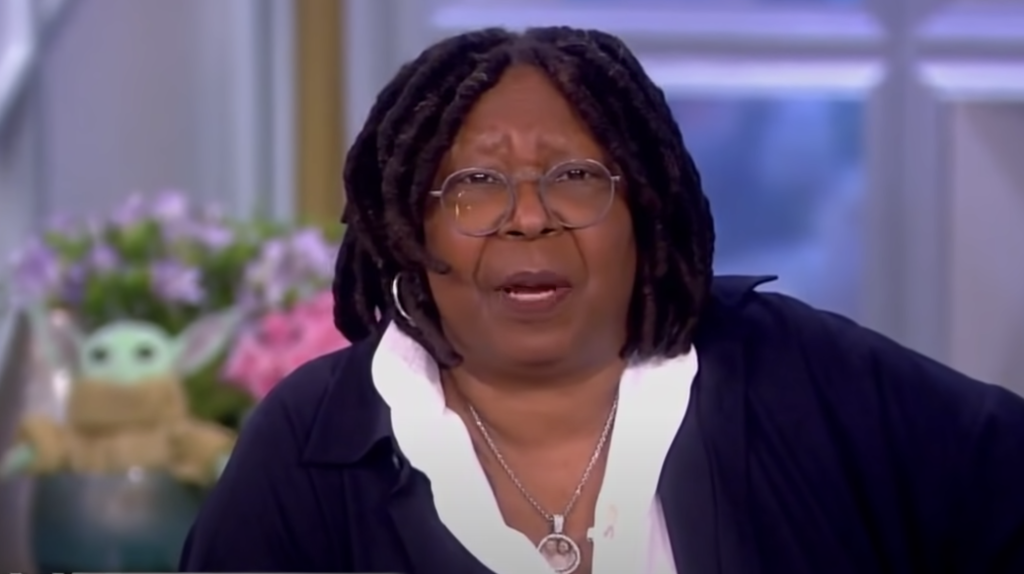 “Cancel culture will become futile as the decentralized internet continues to grow. As much as we disagree with the authoritarian precepts of the left, Americans for Limited Government believes that the First Amendment applies equally to everyone and that no one should be cancelled.” – Richard Manning

Joe Rogan, Dave Chappelle, and Kanye West don’t have a lot in common. One thing that does come to mind is that they’re powerful men who the left has tried to cancel. The left failed at each attempt. While still a threat for now, cancel culture is crumbling.

For years, anyone with a public presence who has dared to contradict the leftist zeitgeist has been met with an angry Twitter mob demanding that individual to be fired, doxxed, de-platformed from social media, financially ruined, and publicly disgraced. Great men and women of history have been erased. Maybe a soft version of cancel culture, but the National Archives even labeled parts of the United States Constitution as “harmful content.”

Cancel culture stifles two of America’s most defining values, the ability to question authority and express ourselves through free speech. However, three major trends have emerged that will gradually destroy cancel culture.

Despite attempts by the left to cancel Rogan, Chappelle, West, and Aaron Rodgers, big business continues to invest hundreds of millions, if not billions of dollars into these men.

Let’s start with Rogan. When several prominent artists, led by Neil Young took their music off Spotify to protest what they described as COVID vaccine misinformation on Rogan’s show, clips from old episodes caught fire online. Social activists and artists on the left launched a #DeleteSpotify social media campaign began calling for people to not only boycott Spotify but also deleting their content from the popular music and podcast platform.

Despite this, Rogan remains on Spotify. Even Spotify’s CEO said, “We’re not in the business of dictating the discourse that these creators want to have on their shows.” Rogan has an average of 11 million viewers per show. That’s more than Fox News’ Tucker Carlson, The Five, and Hannity combined. Rogan’s podcast show accounts for 60.5 percent of viewers across all nine of the primetime shows listed below. Rogan’s average viewer is a 24-year-old male.

Spotify seeks to produce its own original content and become the biggest podcasting network in the world. As Rogan leads not only in the U.S. market, but also 92 other countries, these viewership numbers signify BIG money. According to a recent article from New York Times, citing anonymous people familiar with the deal, Spotify actually paid Rogan more than $200 million in 2020 for exclusive rights to his podcast for three years. More viewership equals more ad revenue for Spotify.

CEOs and businesspeople care more about lining their pockets than placating people with blue checkmarks behind their names on Twitter.

This financial motive is why Netflix allowed comedy legend Dave Chappelle to say “gender is a fact” on his Netflix special “The Closer.” He was paid $20 million for the controversial standup. Similarly, Rodgers’ 4-year, $134,000,000 contract was not cancelled after he stated that “The vaccines do offer some protection for sure, but there is a lot we don’t know about them.”

West, an eccentric African American man who wears MAGA hats and smokes joints, is the wealthiest rapper in the world with a net worth of $6.6 billion. He can’t be cancelled either. He understands the left’s game well.

“They’ll hit you with like accusations of somebody who you was with 10 years ago,” West said. “And also, there’s women who’ve been through very serious things, pulled in alleys against they will—that’s different than a hug, but it’s classified as the same thing. It’s power and politics. You know, power-hungry maniacs and just control. This is ‘1984’ mind-control we’re in.”

West sees through the smoke and mirrors and keeps selling records and selling out shows. These are but a few examples of how, at the end of the day, the power of money trump’s the hurt feelings of snowflakes. Cancel culture will continue to fail whenever it challenges big business.

Second, cancel culture will erode because of the inevitable decentralization of the internet along with the creation of parallel digital platforms.

The old saying “be careful what you wish for” applies to the left. The left wished for conservatives to be removed from their platforms, so conservatives, moderates, and other free speech advocates created and deployed their own platforms, based on their own infrastructure.

As banks start canceling accounts and freezing assets, like Canadian banks are currently doing with the truckers, the use of cryptocurrency and crypto wallets will surge. Although crypto will eventually be largely regulated, there will always be some blockchain-based coins that are untraceable and therefore not subject to cancellation. The social media site Gab is 100 percent funded by crypto as Visa, Stripe, Paypal, and other payment services refuse to do business with them. Gab’s CEO is a free speech absolutist who will not remove offensive content so long as minors aren’t exploited or harmed in any way.

When Twitter suspends people for saying they believe there are two genders, or that women should be feminine and men should be masculine, people will move to the free speech alternative Gettr. When YouTube removes videos for questioning the efficacy and/or safety of the COVID vaccine, people will move to Rumble. Neither Gab nor Rumble can be cancelled by Amazon because neither use Amazon Web Services. Unlike Parler, they were smart enough to build their own server hardware.

“On the heels of the decline in U.S. and Canadian users at Facebook, and with Rumble’s impressive January growth, it’s clear that we are witnessing a major shift on the internet. Users are sending a clear message that platforms supporting the free and open internet will be the future,” said Rumble CEO Chris Pavlovski.

With decentralized websites and payment gateways, independently owned server hardware, increased ease of web development, the digital future belongs to everyone- not just a few conglomerates. Cancel a man 100 times and he will still be able to find an online community.

Third, and perhaps the most potent antidote to cancel culture in the short-term, is cultural icons pushing back against cancel culture combined with the left canceling itself and feeling the nasty repercussions. Even someone as far left as Madonna, who joked about blowing up the White House during Trump’s Presidency, expresses legitimate fear of cancel culture.

“That’s something I want to disturb,” she said. “I want to disturb the fact that we’re not encouraged to discuss it. I believe that our job [as artists] is to disturb the status quo. The censoring that’s going on in the world right now, that’s pretty frightening. No one’s allowed to speak their mind right now. No one’s allowed to say what they really think about things for fear of being canceled, cancel culture. In cancel culture, disturbing the peace is probably an act of treason.”

A lot of people weren’t happy with Madonna over her comments. Aside from Madonna, many celebrities and cultural icons have faced backlash from the left for having independent thoughts. Elon Musk, Bill Burr, Chris Rock, Steve Harvey, JK Rawling, and Ricky Gervais have faced backlash for speaking opposite of the hive mind.

Perhaps the most recent example of the left nearly canceling itself involves Whoopi Goldberg and her comments about the Holocaust.

“The Holocaust isn’t about race. No, it’s not about race,” Goldberg said. “It’s about man’s inhumanity to man… But these are two groups of white people,” Goldberg added.

She was suspended for two weeks and allegedly was so embarrassed and angry that she had to take time off. Others on the left came to her defense. MSNBC news anchor Mika Brzezinski told viewers,

“Everyone knows Whoopi Goldberg. She’s been on TV for decades. She’s been putting herself out there for decades. If you don’t know her heart, then you haven’t been watching. And so that’s why the two-week suspension to me seems more about … this unbelievable need to punish and judge people when they’ve made a mistake.”

Brzezinski added, “If Whoopi Goldberg is canceled, that would be the end of this all. This cancel culture is getting so out of hand.”

It’s time to embrace free speech again. The First Amendment is the foundation of a free society.

This post, Top 3 Reasons Cancel Culture is Crumbling, was originally published on The Daily Torch and is republished here with permission. Please support their efforts.