U.S. Senate gets ‘Dazed and Confused’ on guns 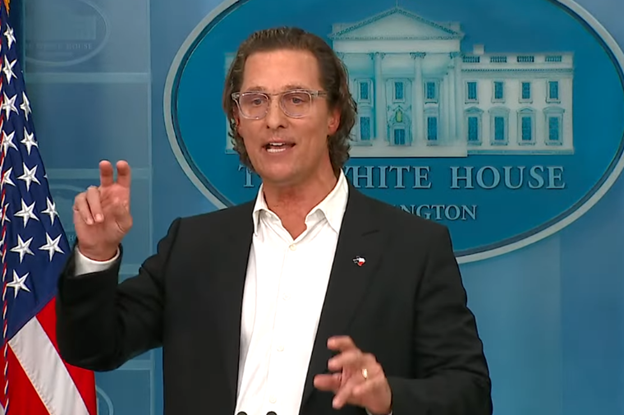 You just cannot make this stuff up.

The very politicians who demanded that police be defunded and supported prosecutors who don’t prosecute criminals are pushing their agenda to ban law-abiding citizens from having guns.

And some GOP politicians are now meeting with the blame America first crowd to discuss what “reasonable” gun laws they can enact.

It is enough to make me sick.

But it is the natural result of the Mitch McConnell philosophy to avoid any tough issues so he can squeak by with a 51-vote majority in the Senate in 2023, all with the promise that they can’t do anything positive until the White House is won and occupied on January 20, 2025.

After running or being campaign and consulting staffs for political campaigns supporting conservative causes like ending the California state inheritance and gift tax and the No on 15 campaign which stopped a statewide handgun ban, I became a state lobbyist for the National Rifle Association.

Unfortunately, time and again, when the going got tough, GOP legislators looked for ways to be “reasonable”.  You got bullet bans, background checks, one gun a month sales, restrictions on individual transactions, and guess what, the left wasn’t satiated.

So, today years later, we have actor and erstwhile politician Matthew McConaughey wandering the Senate halls urging “reasonable” gun laws.  His idea of reasonable is to not allow the same kid we send off to war to be able to buy a rifle at home.  His idea of reasonable is to empower police to break into someone’s home to confiscate their firearms due to a random call saying something might be amiss (and good luck getting your guns back once they have been stolen.)

The “Dazed and Confused” actor cannot be faulted for not understanding that the simple act of smoking a joint can get the cops called to storm your castle to find guns.  Based upon his personal history, I’m certain that isn’t something he intends.

He cannot be faulted for not realizing that a spousal claim of abuse would be justification for having SWAT teams raging through your home at the break of dawn in search of firearms. Anyone paying attention to the Johnny Depp trial this past week can understand the damage done by false accusations.  For someone without the financial means and Hollywood glint in their eye that both Depp and McConaughey possess, good luck getting your stolen property or reputation back.

What he and those politicians who are sworn to uphold the Constitution cannot be excused for is not recognizing that these types of search and seizure raids effectively end the primary concept of our criminal justice system that an American is innocent until proven guilty.

The failures of the Uvalde police and the school resources officer to do their jobs will be litigated in court.  The failure of the cower in place hoping, praying active shooter policy predicated on the lie that help is on the way needs to be fully examined.  The human instinct of fight or flight exists for a reason, yet we train people to stay and pray with disastrous consequences time after time.

Somewhat obviously, if willing teachers and school staff were empowered, equipped and trained to fight, our nation’s children would not be sitting ducks.

No one can see what happened in Uvalde and Buffalo and not be affected.

But rather than cower and stay, or just “do something,” isn’t it time for honest members of Congress to be smart and consider real alternatives that get to the root cause of the evil that drives these attacks, rather than acting upon the knee-jerk irresponsible actions demanded by the media?

Somehow, I don’t think this is too much to ask.  Even for those politicians who would cower than stand up for individual liberty.

The post U.S. Senate gets ‘Dazed and Confused’ on guns appeared first on Daily Torch.

This post, U.S. Senate gets ‘Dazed and Confused’ on guns, was originally published on The Daily Torch and is republished here with permission. Please support their efforts.