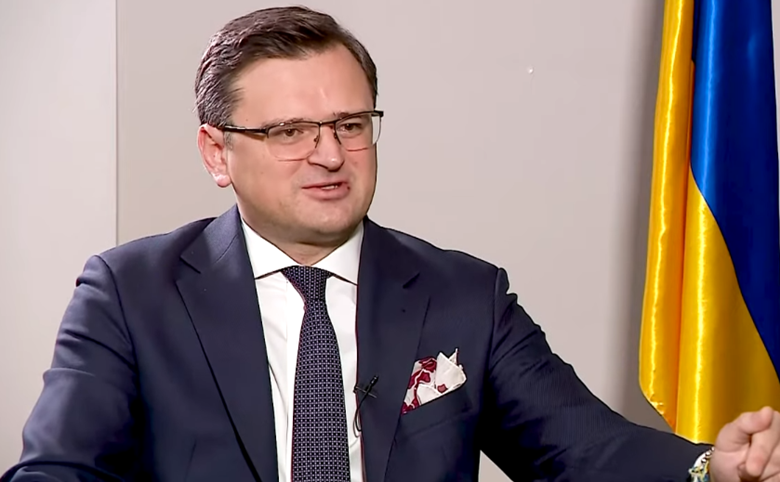 “[A]s we speak this number [of Russian forces] is insufficient for a full-scale offensive along the entire Ukrainian border,” Kuleba said, adding, “They also lack some important military indicators and systems to conduct such a large full-scale offensive. We can say 100 times a day invasion is imminent, but this doesn’t change the situation on the ground.”

Funny, that’s not what President Joe Biden has been saying.

To hear Biden tell it, Russia has recently put a massive invasion force on the borders of Ukraine, creating an international crisis, warranting U.S. action of some sort to repel the invasion force before it is too late.

On Jan. 25, Biden warned reporters, “there has been no change in the posture of the Russian forces.  There have — and now they are — as you know, they’re along the entire Belarus border… This would be the largest — if he were to move in with all those forces, it’d be the largest invasion since World War Two.  It would change the world.” 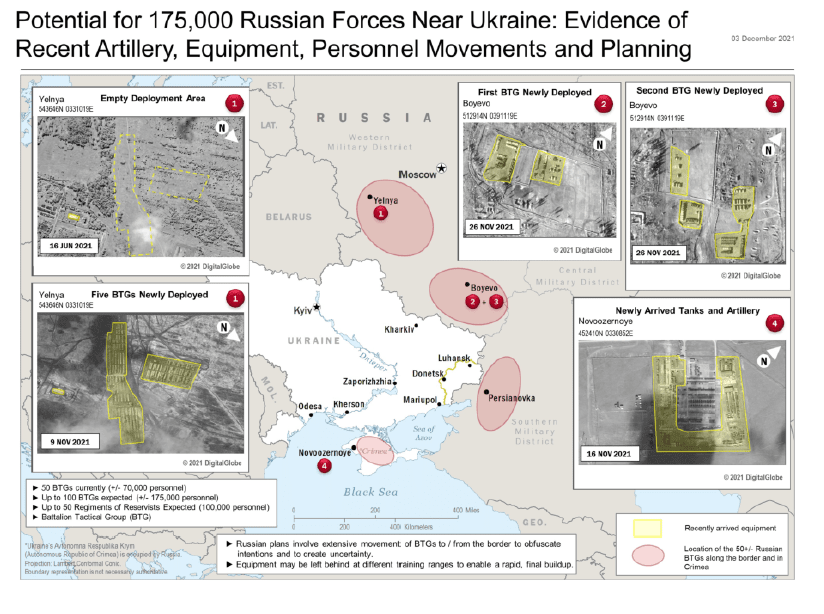 The story stated, “U.S. intelligence has found the Kremlin is planning a multi-front offensive as soon as early next year involving up to 175,000 troops, according to U.S. officials and an intelligence document obtained by The Washington Post… The Kremlin has been moving troops toward the border with Ukraine while demanding Washington guarantee that Ukraine will not join NATO and that the alliance will refrain from certain military activities in and around Ukrainian territory.”

Going back a couple of weeks before that, a similar headline can be found from CNBC on Nov. 17, “The world is worried Putin is about to invade Ukraine.” It cited a Nov. 2 press release from the Ukrainian Defense Ministry, translated from Google, stating Russia’s troop levels were at least 90,000: “According to the Central Intelligence Agency of the Ministry of Defense, as of early November 2021, a group of troops (forces) totaling about 90,000 people was concentrated near our border and in the temporarily occupied territories of the Russian Federation.”

But in the Dec. 3 Washington Post report, the U.S. intelligence assessment said it was more like 70,000 Russian troops: “While Ukrainian assessments have said Russia has approximately 94,000 troops near the border, the U.S. map puts the number at 70,000 — but it predicts a buildup to as many as 175,000…”

So, right there, the size of the force is said to be about 70,000 according to the U.S. intelligence assessment in early Dec. 2021. Meaning, in Biden’s words, “if [Putin] were to move in with all those forces” it would not be the largest invasion since World War II — by a long shot. Here’s a few of those.

Israel, the UK and France’s invasion of Egypt in 1956 during the Suez Canal crisis was 254,000 troops strong.

The U.S. invasion of Iraq in 1991 was 956,000 troops strong from 34 countries, including 700,000 U.S. forces, who were responsible for liberating Kuwait, Saudi Arabia and then driving Iraqi forces back into Iraq.

Even one generously spots Russia another 30,000 troops, bringing the number up to 100,000 for a potential invasion, or even the full 175,000, the force would still be nowhere close to matching some of these other, much larger conflicts.

All of which calls into question not only Biden’s contention that this is somehow the largest potential invasion force since World War II, it appears to validate the Ukrainian Foreign Minister’s suggestion that the number of Russian forces currently in theater would be “insufficient for a full-scale offensive.”

It proves Biden and the U.S. national security establishment — are clearly exaggerating the threat. By a lot.

But then there’s the fact that Russia has had tens of thousands of troops on Ukraine’s border based on public reporting since at least 2014 after Russia annexed Crimea from Ukraine. The U.S. and Europe have imposed economic and other sanctions against Russia since.

In April 2014, CNN reported, “What do we know about Russia’s troop buildup on Ukraine’s border?” At the time, the troop estimates were said to be “as many as 40,000 troops near its western border with Ukraine, two U.S. officials said last week,” according to the report.

By 2016, the number of Russian troops on the border had risen to 55,000, according to UNIAN: “Ukrainian Defense Ministry: 55,000 Russian troops massing near Ukraine.”

On Sept. 13, 2017, the Military Times’ Todd South reported in “What’s Putin up to? The Russian military buildup in Europe raises tension” that the overall strength of the Russia force along the Ukrainian border has been as high as 150,000 since the war began. South wrote, “Russians moved an estimated 150,000 troops along Ukraine’s eastern border within days of the end of the 2014 Sochi Olympics as a cover to position forces in Crimea, which they seized despite international condemnation.”

In 2019, UNIAN reported, “Ukraine beefs up air defense amid massing of Russian troops near Ukrainian borders”.

And so forth. Russia has been staging tens of thousands of troops on its borders for years, including but not limited to its borders with Ukraine. That in itself does not appear unusual. So, what’s changed?

In other words, it’s a military scenario, and perhaps a highly dubious one if the current force is not even adequate to mount an invasion. And apparently Putin’s intentions are entirely a question mark.

In Biden’s own words, nobody knows what Putin actually wants, “I don’t think even his people know for certain what he’s going to do.”

Let that sink in. We’re risking a direct conflict with Russia in Ukraine, which could mean nuclear war, accidental or otherwise, over a major escalation that might happen, and in which President Biden is admitting he doesn’t really know what Moscow’s intentions are.

How good is our intelligence? Remember weapons of mass destruction in Iraq. Remember the Russiagate hoax. And so forth. The American people have been fooled before.

Now, it appears based on publicly available information that Russia’s troops on its borders with Ukraine are nothing new, they’ve been there for years, and now Ukrainian leaders appear to be questioning whether it’s really an invasion force. They’re tapping on the brakes. But perhaps something really has changed. If so, then President Biden should lay out this intelligence for the American people. So, far Biden hasn’t made the case.

This post, Ukraine’s Foreign Minister says Russian forces are ‘insufficient for a full-scale offensive’ in Ukraine, contradicting U.S. intel assessment, was originally published on The Daily Torch and is republished here with permission. Please support their efforts.