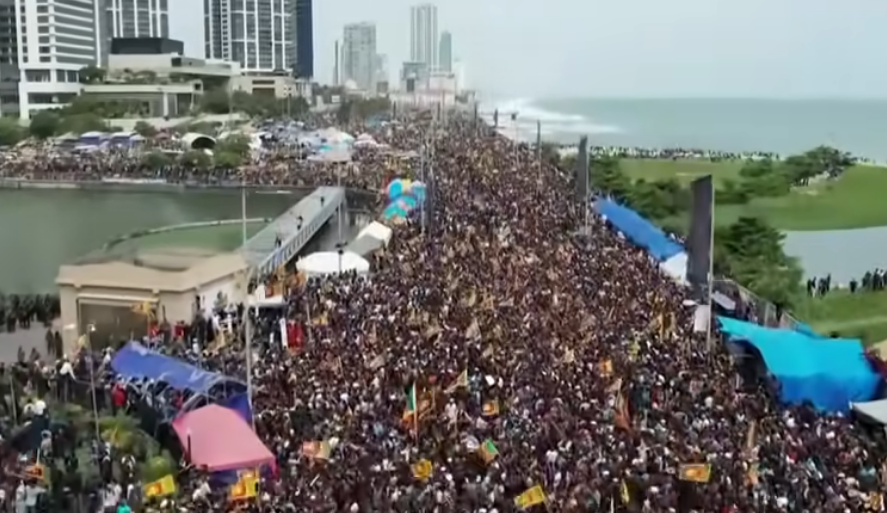 Change is in the air. It’s not just the looming November midterms, which under the normalest of circumstances are no affair for the faint of heart for whichever party occupies the White House, and could see Republicans reclaim the House of Representatives for the first time since 2019, and the Senate, which has been locked 50-50 since 2021 as President Joe Biden’s legislative agenda has stalled.

But there is a global wave of governments toppling everywhere.

Boris Johnson has resigned as conservatives face a leadership election by members of Parliament in the United Kingdom.

Mario Draghi has resigned as Italy’s prime minister, prompting Italy’s president to beg him to remain on as the inflation crisis worsens.

Sri Lanka’s government was overthrown by a mob of farmers who were fed up with the food shortages that were sparked by a foolish environmentalist policy to ban chemic fertilizers.

All this happened in little more than a week.

Change happens quickly, sometimes. And if it happens fast enough, occasionally, the outcomes can be revolutionary, realigning a country’s politics for years to come.

In the U.S., the cooling saucer that tends to work against civil unrest are Article I periodic elections, particularly, in the House of Representatives, where changes in the public mood can be registered once every two years.

Conversely, the Senate holds only a third of its elections every two years, as members sit for six years, shielding that branch of the bicameral legislature from sudden changes in the body politic. This prevents any one party from capturing too much power, too quickly — a testament to the wisdom of the Framers who sought to prevent the perils of one-party rule.

In an average year in midterm elections dating back to 1906 through 2018, the party that occupies the White House usually loses on average 31 seats in the House, and about three seats in the Senate. If that happens, Republicans should easily reclaim both the House and the Senate this year.

Sometimes, midterms bolster power. Following Franklin Roosevelt’s landslide election in 1932 as the Great Depression worsened, Democrats managed to pick up 9 House seats in the 1934 midterms, wiping out elected Republicans almost to the point of extinction. It is a feat only achieved again in 1998 and 2002, as the American people tired over the Bill Clinton impeachment and after 9/11. But these are the exceptions to the rule.

At this moment, the highly anticipated Red Wave is still building. It was seen in Virginia and New Jersey in 2021, where Glenn Youngkin was elected governor and Jack Ciattarelli nearly was, as public frustration over food and energy shortages, skyrocketing prices and long waits for goods and services amid the supply crisis and labor shortages, mounts.

If the election were held today, the generic ballot suggest Republicans would win. CNBC’s latest July 7-10 poll shows the GOP with a 44 percent to 42 percent lead over Democrats.

And with fresh economic data working against President Biden and Democrats — consumer inflation is climbing to fresh highs at 9.1 percent, and producer inflation stuck at 11.3 percent — that frustration, if Republicans figure out how to properly channel it, has the potential to reshape American politics for decades to come.

In the same CNBC poll, Biden — whose potential age would be 86 by 2028 if he were reelected in 2024 — registered just a 32 percent approval rating. He is the most unpopular president in modern history. Whoever runs against him in 2024 should have a better chance than usual of beating the incumbency advantage, and almost certainly because the problems occurring now — labor shortages, production shortfalls and supply problems — do not appear to be going anywhere anytime soon.

The mood in the air is for change. It is palpable. And it is coming to a Congressional district near you. How far it goes is up to you.

This post, Wave of resignations, civil unrest globally show it’s time for a change, was originally published on The Daily Torch and is republished here with permission. Please support their efforts.