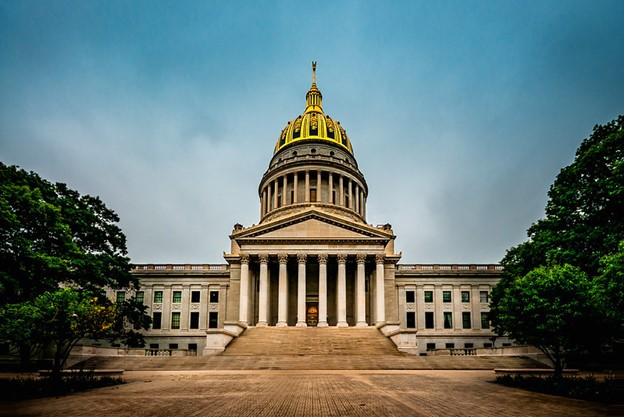 One of the broadest Educational Savings Accounts (ESA) in the nation is set to go into effect on Aug. 15 in West Virginia. The program stipulates $4,600 to West Virginia students that leave the public school system for either private schools or homeschooling. Any unused funds in the account can be rolled over to the next school year or used for postsecondary expenses.

But to qualify for the scholarship, a student must first have been enrolled in a West Virginia public school. Regarding a student currently in a private school and being homeschooled the “student could become eligible by enrolling full time and attending a public elementary or secondary school program in this state for at least 45 calendar days at the time of application.”

Meaning, unless they immediately enroll in public school, the roughly 14,000 West Virginia students who are enrolled in private school or the more than 30,000 who are homeschooling will be ineligible for the scholarships. The exact number is not quite clear as the reporting requirements for homeschooling in West Virginia has recently changed.

That said, all students would become eligible for the Hope Scholarship in 2026 if less than 5 percent of students statewide are enrolled in the program in 2024.

While the West Virginia Hope Scholarship is a major step in the right direction, and an excellent initiative for parents skeptical of their current student’s public school, excluding the families who have already chosen alternative education is not an ideal launch for a program. It also is unfortunate for parents of older children who will have little time ahead to use the money as opposed to a new kindergartner. The state should open the program to all students immediately, but with its expected cost, there may be a lack of funding and an unwillingness to reallocate other funding. This is unfortunate.

Out of the roughly 266,000 K-12 students in West Virginia, 90 percent will be eligible to receive funding to help pay for tuition, curriculum, tutoring, therapy, and other educational expenses in lieu of public school.

The program has its own fund created and managed by the State Treasury. A parental agreement must be signed prior to a student receiving assistance. Additionally, the funds will only made available through a dashboard in which educational expenses can be paid. No direct checks shall be issued.

The Hope Scholarship is an unexpected legislative victory in a state with a very powerful teacher’s union.  West Virginia Education Association President Dale Lee opposed the measure and gave the state legislature an F in public schools. This is at odds with the 64 percent of adults and 73 percent school parents in West Virginia who support Educations Savings Accounts.

The Hope Scholarships are just one of the multi-year, bitter battles that have been fought between West Virginia State legislators and the union. On Feb. 22, 2018, around 20,000 West Virginia teachers went on strike for 9 consecutive days. Public schools in all 55 West Virginia Counties were closed. The legislature then conceded gave teachers a 5 percent pay raise.

Many on the left considered this a major victory for organized labor and the birth of the Red for Ed movement where teachers went on strike in Republican held states across the country.

Less than one year later, West Virginia teacher went on strike again, citing being left out of discussions of a complicated piece of education legislation in the Virginia Senate. The bill would have allowed for the creation of 7 charter schools throughout the state and 1,000 educational savings accounts for parents to pay for private school. The House killed the Senate’s version of the bill and educators returned to work on Thursday. This was after the teachers demanded a second 5 percent pay raise in two years.

Fast forward back to 2021 and the West Virginia Senate passed a bill that illegalized work stoppages by public employees and called for withheld pay for any days missed. The House also passed its version of the bill, and it was signed into law.

Now, three West Virginia parents are suing state officials and seeking a judgement and injunction against the Hope Scholarship program. The plaintiffs argue that the program creation was the result of the Legislature exceeding or frustrating the West Virginia Constitutional obligation to public education being upheld as public right. This argument may not hold up in court as the West Virginia Constitution grants the legislature the power to determine what is thorough and efficient for public schools, not the courts.

While it’s unknown how this will end in West Virginia, the fight over education between red legislatures and blue teacher unions is only intensifying. West Virginia’s Hope Scholarship school choice move may encourage other states to take notice and let parents decide what education is best for their children.

The post West Virginia is ground zero for the battle for broad Educational Savings Accounts in America appeared first on Daily Torch.

This post, West Virginia is ground zero for the battle for broad Educational Savings Accounts in America, was originally published on The Daily Torch and is republished here with permission. Please support their efforts.